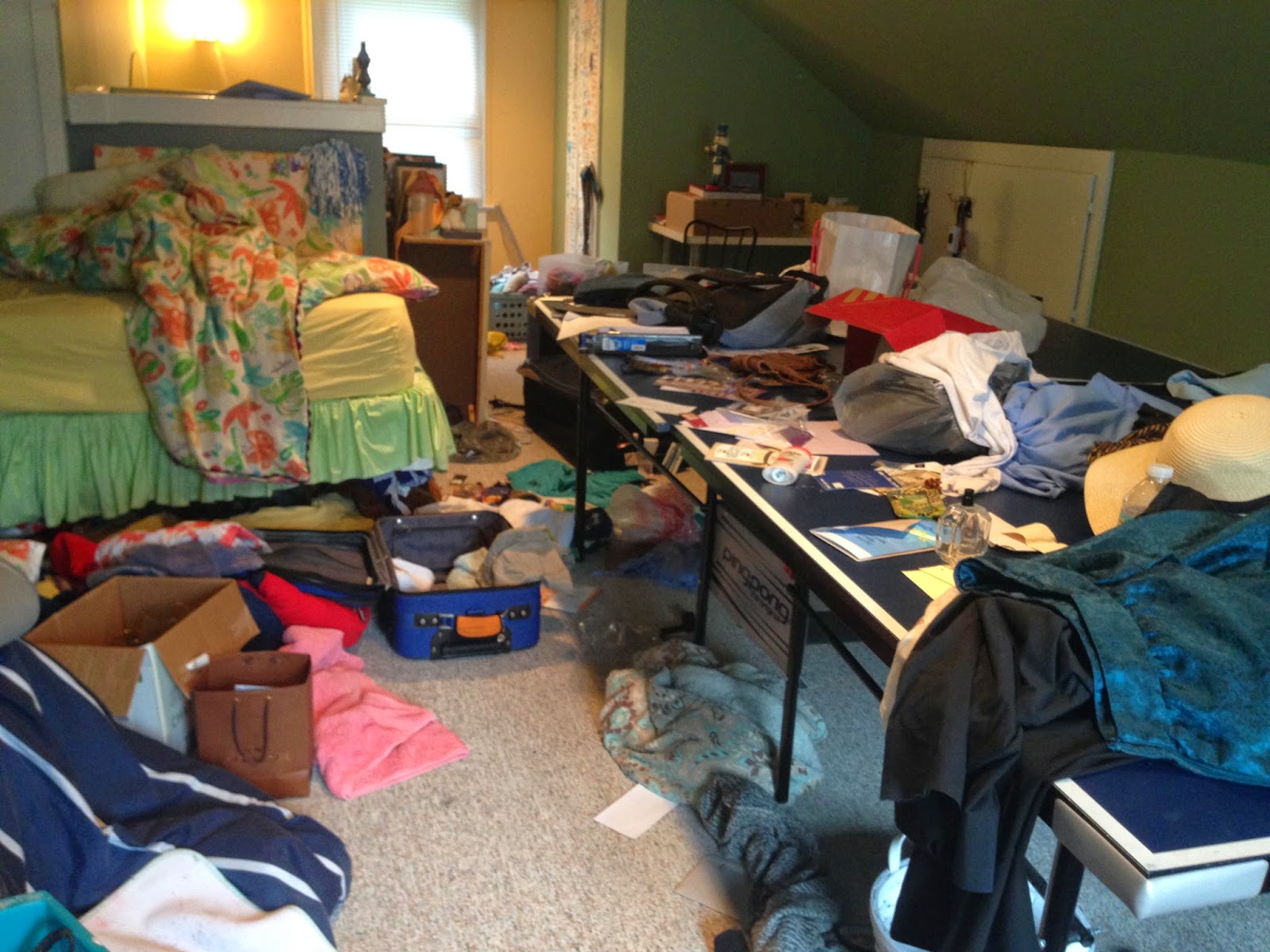 “Molly,” I said to my daughter who sat at the kitchen table, absolutely starving. I was carefully crafting a chicken wrap for her which, though a college graduate, she apparently had no idea how to make. “When are you going to pack?”

Molly was home for two weeks in May, between the end of school and the beginning of her real life. She has the attic bedroom in our house and for most of her life I avoided going up there. However, as time got closer to her departure, I couldn’t help but sneak a peek when she was curled on the basement couch watching Orange is the New Black.
I bit my tongue and poured her a glass of lemonade.
Two months later, it was Max’s turn.

“Don’t forget you have to pack!”  I called to the elusive six-foot-three body as it breezed through the kitchen.

“I got it, Mom,” was his response as the back door slammed. The same response I had gotten at least ten times in the past two weeks.
And then, came Leo, who for now, was only going away for a week, not a semester or a lifetime.
“Leo,” I yelled as the plugged in eighteen year-old skulked through the kitchen in search of his post-noon breakfast.
“Hmm?” he said, lifting one of the over-sized, over-priced, noise-canceling headphones off his left ear.
“Don’t forget you’re leaving tomorrow at 6:30 in the morning. So make sure you pack before you go out today.”
“I know,” he said, replacing the headphone and cracking three eggs into the frying pan.
When I gently reminded Leo again, seven hours before his scheduled departure, hours which may have been better utilized by sleeping than packing, his response was, “Mom. I have been packing myself for ten years. It’s always gotten done and I haven’t forgotten anything yet.”
When I go away, I start making lists about three weeks in advance. I fold, roll and plastic-bag my clothes into my over-sized suitcase at least four days before I go. I know what outfits I am wearing each day and pack at least an extra four in case I change my mind. I leave my suitcase lying open on my bedroom floor with sticky notes reminding me not to forget the essentials: phone charger, kindle and passport. I also sticky-note easily-replaceable items such as toothbrush, make-up and shampoo.  I make it nearly impossible to forget anything. And I would never, ever leave my packing to the last day, let alone the last hours.
My friend, Claire, understands my packing anxiety.  She has been know to circumvent the inevitable by packing her children’s bags for them. I can only imagine how great that would be. The packing would be done early, neatly and correctly. I wouldn’t have to nag at my kids nor would I toss and turn the night before an early morning flight worrying that Leo forgot to pack his sunscreen. After all, imagine how difficult it would be to find sunscreen in Aruba.
However, I just don’t have it in me. I am not a nurturing soul by trade. And doing for others does not come naturally to me. Instead, I pretend that I am intentionally trying to be a good parent by fostering independence.
But, somewhere, it seems, something fell apart. My kids didn’t catch on and I was starting to worry that I had failed in the parenting department. After all, wasn’t it my job to teach them right from wrong? And clearly, my way of packing was the right way.
And then, just before spiraling into the parental pool of guilt, I had one of those aha! moments.
Maybe I hadn’t raised a trio of hopeless procrastinators after all. Maybe some of those words that  went in one ear and out the other really had sunk in, along with a life lesson or two. Maybe it was simply a matter of reluctance, not resistance on their part.
Because maybe, just maybe, they put off their packing because they love me so much that they can’t bear the thought of packing up a moment before they have to.
That must be it, because when all is said and done, all three of them do a pretty decent job of packing up and getting out. 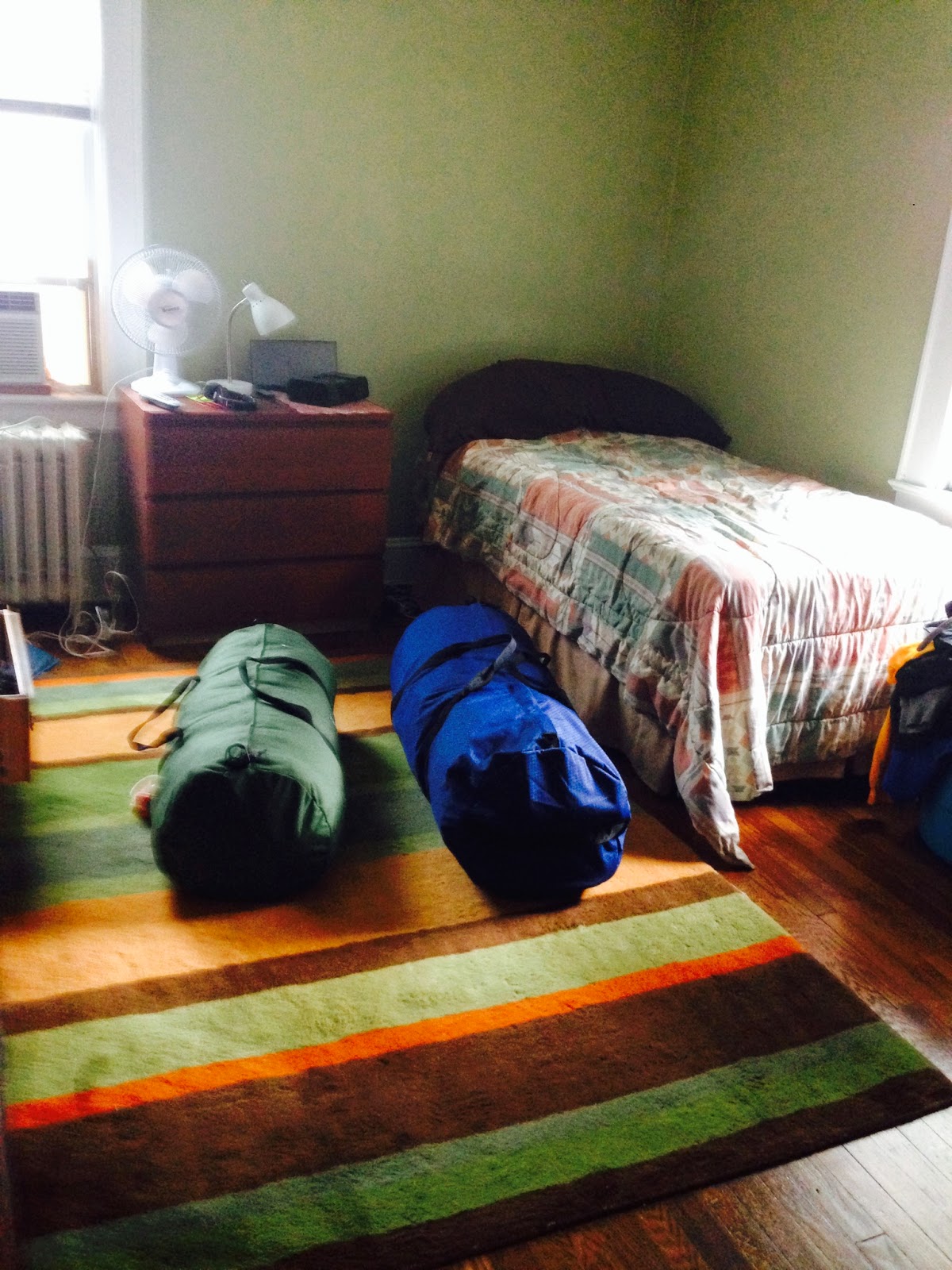