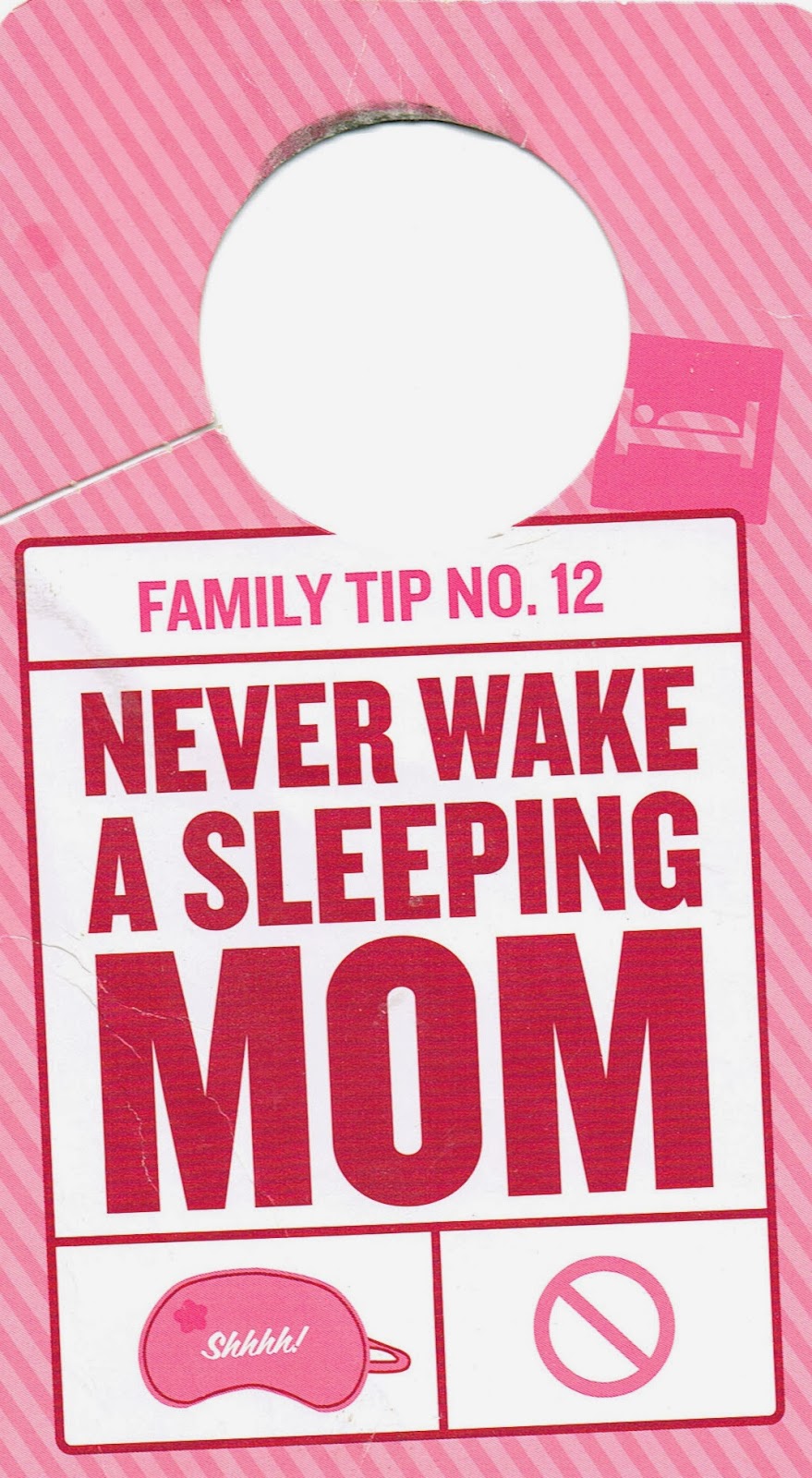 I am selfish and spoiled when it comes to my sleep. But, I’m also a rule-follower, so it’s not entirely my fault. Whenever whoever it is who makes these things up declared that we all need eight hours of sleep, I obeyed. I have never been sleep deprived in my life.
Even when I had newborns I was able to manipulate a good night’s sleep. Having read that bottle-fed babies could go four hours between meals, it made perfect sense not to breastfeed. We got the babies on a nice little schedule and they all slept through the night in a matter of weeks. While they were in training, my ever-loving spouse would kiss me goodnight right before the 10 pm feeding, I’d wake up for the 2 am, and be back snoozing within an hour. Then, because he has always been an early riser who does not have stringent sleep requirements, he did the 6 am, allowing me to crawl out of bed in time for the 10 am feeding.
And then as my kids (and I) aged, I got another bright idea. My spouse has always worked long hours (someone has to), and was rarely home for dinner. In order for him to get the quality time with the kids he deserved, he could be completely in charge of the mornings. This worked out well for me because not only do I need my sleep, but I have an aversion to starting the day with kidlike behaviors and their ever-lacking senses of urgency.
“I know they were my favorite yesterday, but I don’t like homemade pancakes anymore.”
“I only need seven minutes to get up, dressed and out of the house.”
“Where’s my backpack?”
“Can’t find my math book and if I don’t have it I’ll get a(nother) zero.”
For some reason, they don’t even start those kinds of conversations with their father.
And so, for the past many, many years, I lay in bed until I hear the last one leave the house, even if it means getting 8 ½ hours of sleep.
It’s not that I have to go to bed early. I can hoot with the owls all night as long as I can adjust my morning around it. Ask me to pick you up at JFK airport at 2 am and I’m there.  But, I won’t meet the red-eye in the morning, simply because it would mean going to bed way too early to get my eight hours in.
Yes, I’m spoiled. But trust me; it’s better for all of us this way.
When my spouse travels, I always get up in the morning. But, I also get myself all riled up knowing I have to wake to the screech of an alarm clock rather than to the comforting sound of the front door slamming. I toss and turn most of the night, counting the minutes, then the hours of sleep I’m missing.
Knowing my aversion to mandatory morning duty, my high school senior, Leo, assured me it wasn’t necessary for me to get up this week when his father is out of town. He’s way too kind to say it, but I know the lack of breakfast Q & A with his mother is not something he’s been losing sleep over. After giving it about 30 seconds’ thought, I concurred.
So, last night I stayed up late and watched DVR’d episodes of Downton Abbey and Girls, having succumbed to the Olympics for the last couple of weeks. It was well after midnight when I took to my bed with The Goldfinch. I read for a good 45 minutes then drifted anxiety-less into dreamland.  I would sleep until I woke up and we’d all survive.
This morning I woke up at 7. I never wake up at 7.
I got out of bed and peeked into Leo’s room. He was up.
I went downstairs. He was pouring a bowl of cereal.
“Mom, I told you, you didn’t have to get up,” he said.
“I know. I know, I just had to get up early because the guy is coming to fix the bathroom,” I said. “Want me to make biscuits?”
“If you want.”
As I stirred the batter of the Bisquick biscuits that my youngest son loves so much, my mind fast-forwarded six months. I got to thinking that with all the kids gone, I could get a job working the graveyard shift. I could go off to work after my spouse goes to bed and sleep all day long. I could throw away my alarm clock. And, I could throw away the guilt I’ve harbored over my selfish sleep habits all these years.
Because, as I look into the eyes of that confident, scruffy facial-haired young man and see a little boy with a sagging diaper and a thumb in his mouth, I know that my selfish sleep habits haven’t hurt a soul.
As he grabbed his backpack and his car keys and said, “See ya, Mom,” I thought, if only for a minute, that I wouldn’t mind having six more years, instead of six more months, to sleep through breakfast.