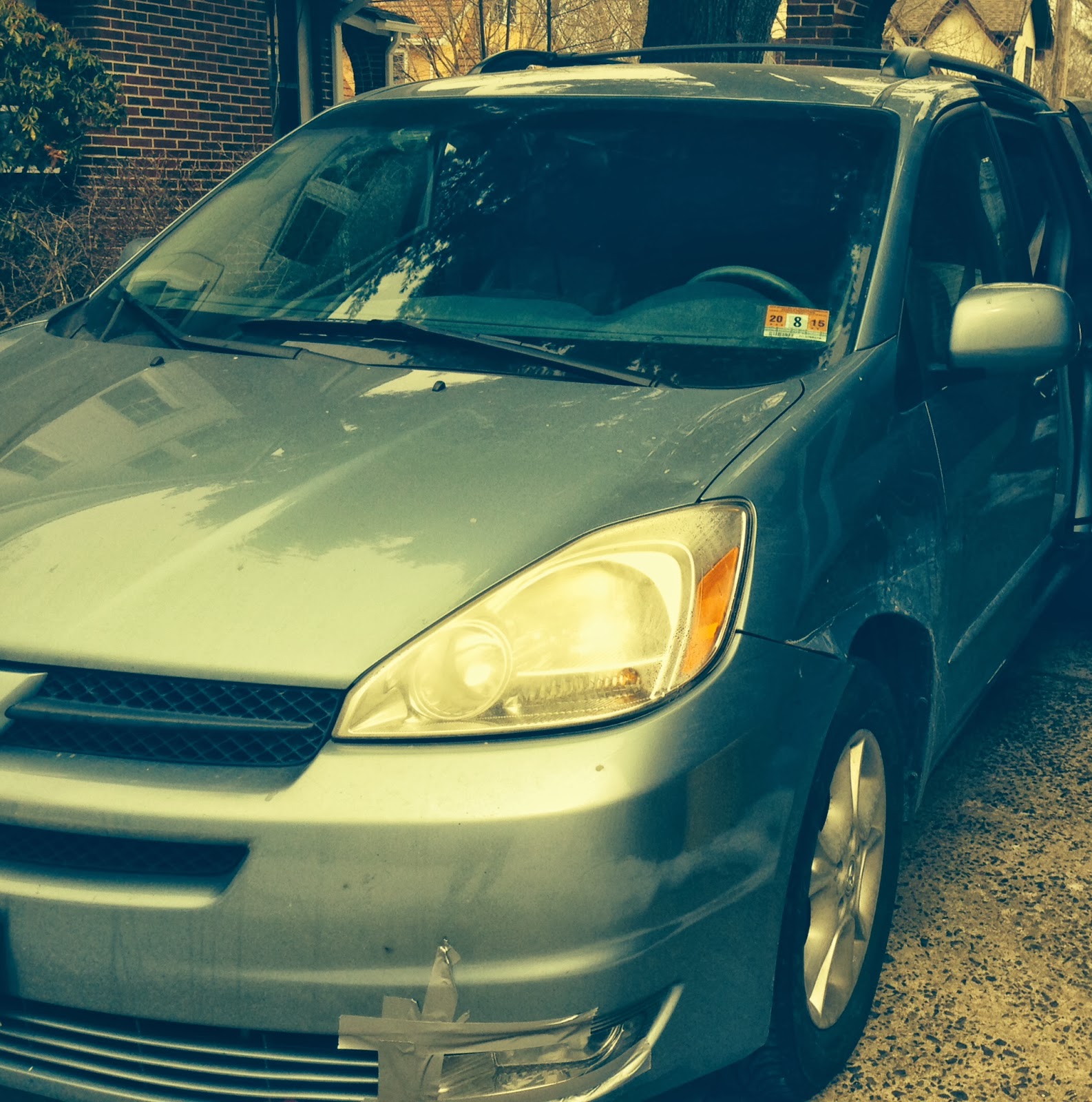 “Buying a used car is just buying someone else’s problems,” my father would repeat every two years when he’d trade in his Ford. He also believed that once a car had 50,000 miles on it, it was time to get rid of it. Otherwise, you’d just be throwing good money after bad for repairs.
“Why would you everbuy a new car? It depreciates by thousands the minute you drive it off the lot!” was my husband’s father’s opposing argument.
Heinz or Hunts, mountains or seashore, Dachshunds or Dobermans; so many of our adult preferences are not ours at all, rather they were pounded into our heads as kids. And no matter how hard we try, we just can’t break the cycle.
However, when I got married, I did switch from a lifetime of Colgate to Aquafresh toothpaste. I loved my spouse that much.
But, I don’t love him enough to buy a used car. He looks for cars with over 100,000 miles on them. He prefers hand-cranked windows, broken air conditioners and manual transmissions. I want new. I want clean. I want a built-in GPS, back-up cameras and WiFi.
I don’t abuse my new car rule.  I’ve been married 24 years and I’ve only had three new cars. My spouse has had five used cars. I kept the first two for 75 and 80,000 miles (hearing my father groan every time I replaced a radiator or paid for a tune-up). I’ve had my current Toyota Sienna minivan since 2005.
We will have kids in college for eight straight years, half the time with two in at a time. We have a driveway that needs repaving, a kitchen that needs revamping and a house that needs repainting. Not to mention college loans that need repaying.
And so, I keep driving the big rig, years after I need to. It’s not that I don’t want a brand-spanking new car, I simply can’t justify spending money on one right now. Now, I’m not a proud car owner. I don’t care what it looks like, just how it drives. Someone plowed into my van when I was in the chiropractor’s office six months after I bought it and I never got it fixed. I knew as soon as I did, I’d get another dent. And I did. Just yesterday I put duct tape around the front grille that cracked while unsuccessfully navigating a six-foot pile of frozen snow. I look at my car’s rust stains and blemishes as a map of where I’ve been. Kind of like the wrinkles on my face.
My spouse thinks I’m selfish with my car. I am. But, I hang on the words of the great mother Susan Landers, “My car is my office.”
My car is where I do my thinking. Sometimes my writing. I have my Tootsie Rolls in the left-hand console. My sunglasses sit in the center cup holder. My GPS is set for the gym, even though it always takes seven-and-a-half minutes, no matter what, and I could drive there with my eyes closed. I keep a pad of paper in the glove compartment and a book next to my seat, in case I ever have a long wait for AAA. In the trunk is an old fleece jacket, a rain coat and an umbrella. And always a case of water that I never drink.  The mirrors are tilted to my specifications; the radio buttons are set to Fordham University’s alternative music station, New York’s country music station and to two all-news stations that play annoying loops of recycled news. I have my Taylor Swift and John Prine CDs right where I want them.
When someone drives my car, it upsets my rhythm.
But, I don’t have to worry about that anymore. My husband no longer transports half a baseball team to the games he coached. And the kids would rather walk than drive a minivan.
Or so I thought.
Yesterday, Leo came parading in the house with five, or more, of his friends.
“Hey, Mom. Can we go to the mall?”
Leo hasn’t asked permission to go anywhere in as long as I can remember. Leo has his own car. My uncle Tony died when Molly was twelve years-old and I grabbed that Oldmsobile Alero out from under my sisters’ noses, knowing that with its low mileage, it would make it through all three of my kids. Even if I had to pay insurance on it for five years before the first one could drive.
I looked at him like he had two heads.
“The problem is,” he confessed. “There are too many of us to fit in my car.”
In my mind, I applauded him for not draping body over body in the back seat as I had done in my youth. But, I still braced for the follow-up question.
“So, we were wondering, could we take the van?”
I felt like I was punched in the gut.
He was the first of my three children to ever ask to drive the minivan.
And then I realized, the law was on my side.
“Can’t,” I said simply.
“Why not?” he asked simply.
“Because you aren’t eighteen yet.”
“What does that have to do with it?”
I looked at him blankly.
“Uh, you’re not allowed to drive with that many people in the car.”
Leo rolled his eyes and trooped out of the house, five friends, or more, on his heels.
It took all my strength not to look outside to see if they all piled into the Alero. And, when he got home alive, a couple hours later, I never even asked. But for some reason, it made me envision my children driving around in my shiny new Lexus sedan. And I decided I’d be better off driving my minivan till it drives no more.