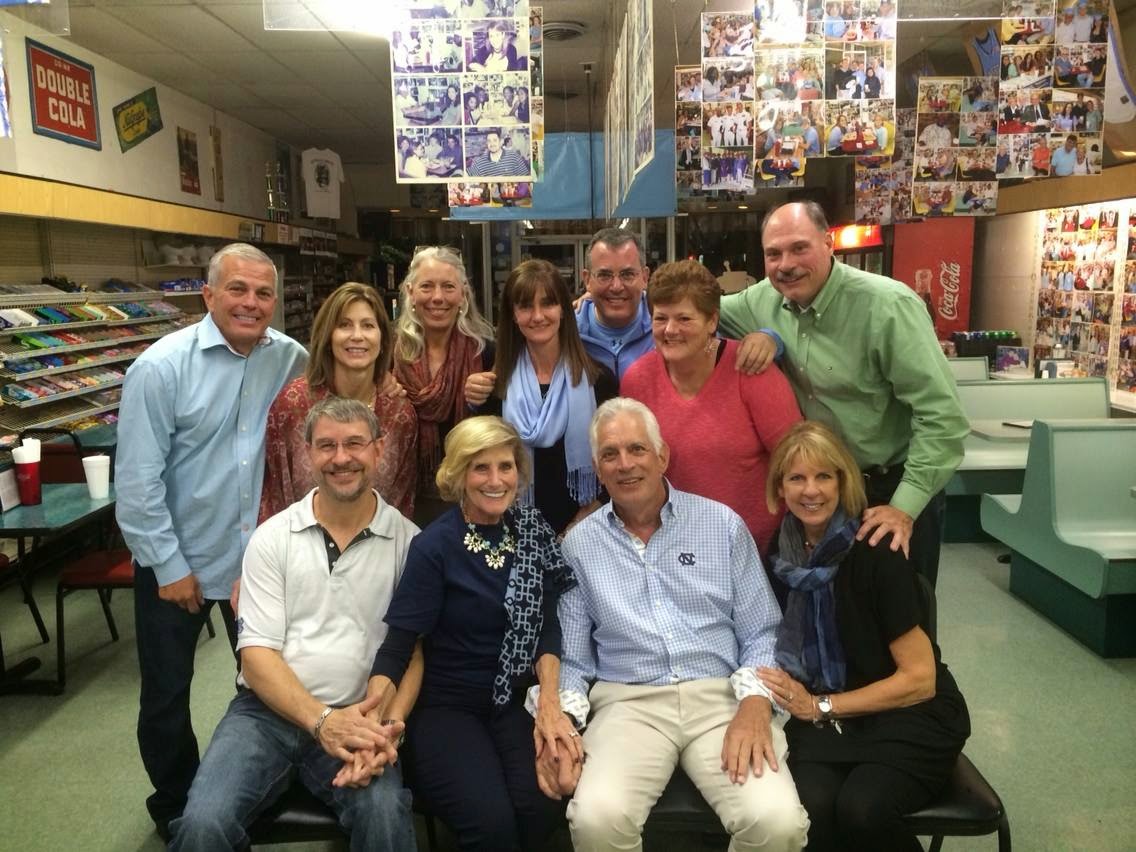 “Let me get this straight,” a friend, who knows me none too well, said when she heard my plans. “Your daughter graduated last May, she no longer lives in her college town and you’re traveling over 500 miles to the University of North Carolina because you miss it?”
I can imagine the slew of shocked reactions the others faced when their friends and families were told what we were up to.
A conversation with Sally and Dan: You mean you’re flying from Cleveland to Chapel Hill for a weekend to hang out with your daughter’s roommates and their parents, and your daughter (who happens to be in up to her ears in medical school) is not even going?
Joe and Carla: You’re crossing two time zones, visiting your daughter in the nation’s capital then renting a car and driving another four hours to North Carolina?
Ruth: You’re leaving work, driving across the state, picking up the Cleveland contingent at Raleigh-Durham airport, then meeting the others at Top of the Hill, at what hour?
Jackie and Tom: Wait a minute. What kind of clout do you have? You were able to rent out Sutton’s for a private party AGAIN? And you’re suprising Sandra with a birthday serenade from the UNC Clef Hangers?
Stephen and Sandra: You really want to have 11 people sleeping in your house for a whole weekend? To which they undoubtedly responded, “We would have gladly had fourteen, but Betsy and the Shea’s got hotel rooms – they thought it would be too much for us – simply can’t imagine why!”

In May when my daughter, Molly, and her four roommates graduated from UNC, filled with tears and fears and the best memories of their lives, we parents were equally as emotional. We had formed a bond that I had tried very hard to resist — stating strongly to my daughter freshman year that I didn’t want to get involved with her friends’ parents. I didn’t need any more friends – especially ones that would surely be four years and done.

At the graduation party we threw for the girls at Franklin Street’s beloved Sutton’s (Check out Carolina in My Mind blog ), we vowed that it wasn’t goodbye. It was just see y’all later. And so, half-crocked, we clinked red Solo cups and promised to all meet again in Chapel Hill the first home-football-game weekend in October every year. If the kids could come, great. If not, we’d have a parent’s reunion.
We are all just ordinary parents. There’s nothing that makes any one of us stand out in a crowd.
None of the women are notably prettier than any of the others – except of course for Carla, who admitted to what we had long suspected – that she was a former Beauty Queen back home in Wyoming. 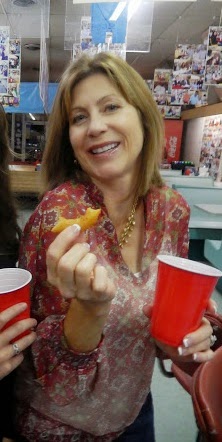 And none of us are anymore globally-conscious than any of the others. Except of course for Ruth who loves the land, its plants and its bees and knows about things like worm farming and composting. 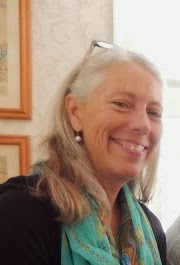 Not one of us is more obviously popular than the rest. Though Jackie is the only one who claims to have been in the “top tier” in high school.

I can’t say one of us is any wiser than the others. But, Dan does wear a T-shirt that boldly proclaims: To save time let’s just assume I’m always right.

No one works harder than any of the rest of us, unless we count my spouse who was, and often is, absent as he chases down news stories across America.

No one is clearly the winner of being in the best shape. Though, Sally is pretty spry, rarely foregoing her early morning jog. And speaking of shape, shipshape she is. No one, but no one, cleans an apartment better than she. 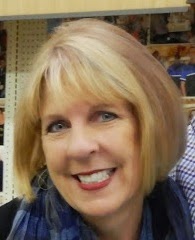 No one has better stories than anyone else, but hey, I write them down.

No one is significantly more laid-back than anyone else, except maybe for Joe who is content to go wherever the beer and conversation flow. 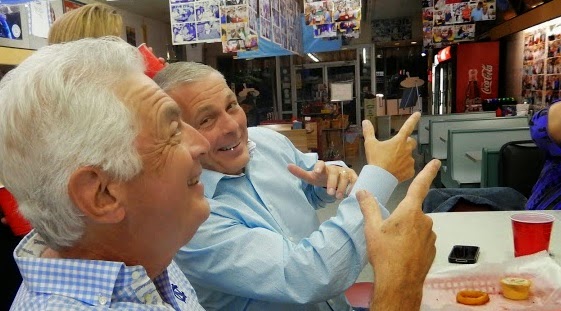 No one has better ideas than anyone else, but Tom, our ultimate organizer, sure can make them happen. 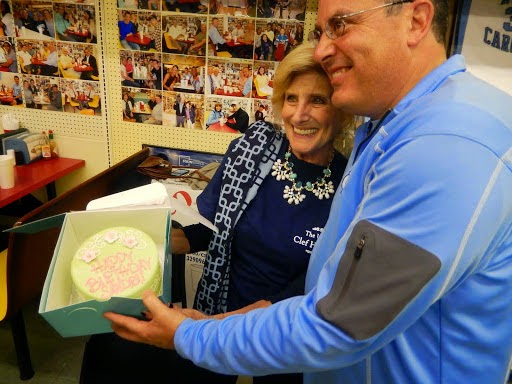 And though we’re all kind and loving people, no one can hold a candle to Sandra and Stephen’s mitzvahs. 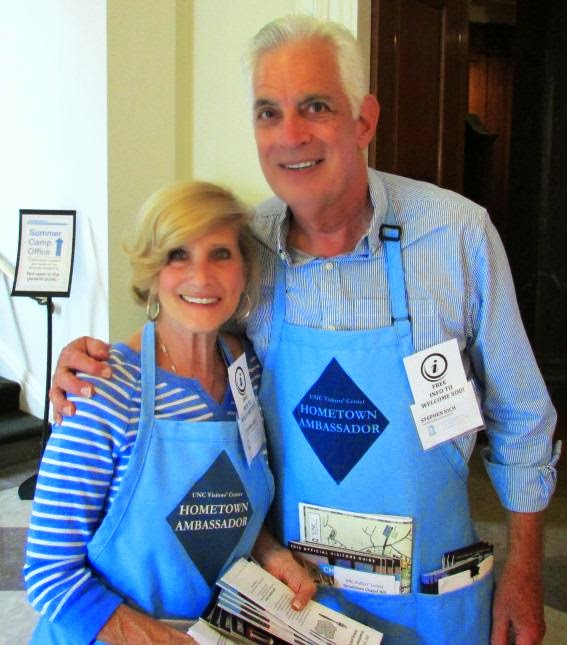 Well, I guess maybe we do all have our stand-out-in-a-crowd-isms after all. But when we’re in each other’s company we all find our place, fitting together like a nice jigsaw puzzle.
And maybe that’s why it doesn’t puzzle us a bit that we flocked together from from far and wide. We came from Washington, DC, Atlanta, New Orleans, Chicago, Asheville, Cleveland, Denver and two different towns in little old New Jersey. And we all descended upon the King and Queen of Franklin Street who rolled out the red carpet for us.
We’re not the only parents who have known and loved our four years at UNC. Others have surely spent their evenings at R&R, their Late Nights with Roy and their afternoons at Kenan Stadium. They, too, have enjoyed their Pi Phi brunches and Top of the Hill dinners.

Like thousands of UNC parents, we traveled the red brick paths from adventure to adventure in heels and boots and sneakers and sandals. But on Graduation Day, as we criss-crossed through campus, we flashed wistful smiles at our passersby, knowing our times in Chapel Hill had been and always would be something special.

For it’s hard to believe that any group of parents has ever experienced true Southern hospitality like we have. To have been loved, as well as fed, at Sutton’s. To have been personally wooed and wowed by the amazing Clef Hangers. Twice. To have scrubbed toilets, stocked supplies and played beer pong at Bar Carr all in one day.

But life goes on and people move on. Promises of eternal devotion are deterred by time and distance and lack of funds. And, slowly friendships fade along with the memories. Despite having the best of intentions, it’s just what happens to ordinary, everyday people.

Unless of course, you make the effort. Book the flight. Drive the miles. Sacrifice the dollars. Spare the time. No excuses. No regrets. Because in the end, we all have a choice. You don’t have to be especially rich or powerful or successful or smart. You just have to be an ordinary person willing to go to extraordinary lengths to turn the ordinary into the extraordinary.