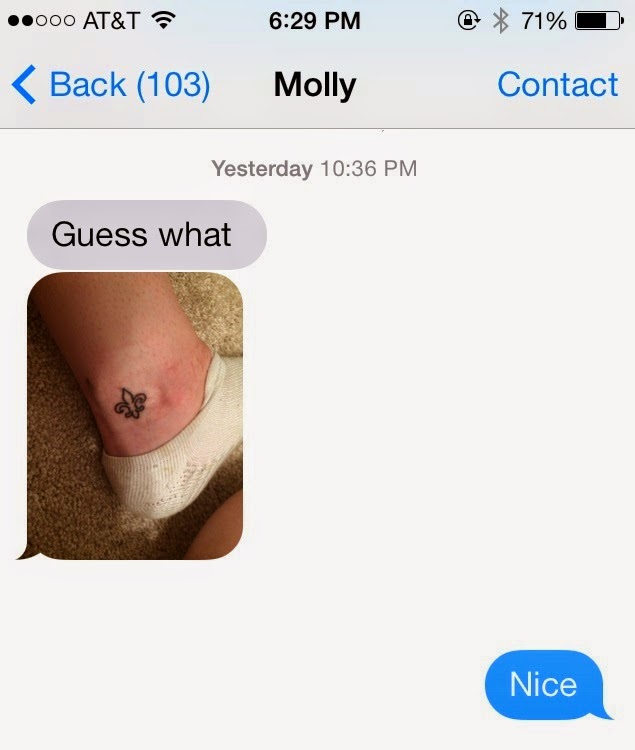 This is the text I got from my daughter. Please note my very restrained, blue-bubbled response.
Molly started on the tattoo kick shortly after she won the pierced ear campaign at age twelve.
“Mom! I’m getting a tattoo,” she announced. But tattoos cost money and require parental permission, so I wasn’t a bit worried. I knew she wasn’t street-smart enough to get around those suburban roadblocks.
But I humored her anyway.
“And what kind of tattoo would you get?”
She shrugged.
“Maybe a butterfly?”
Two years, and countless discussions later, “Mom! I’m getting a tattoo!”
“And what kind of tattoo are you getting this time?”
She shrugged.
“Maybe a peace sign?”
“What happened to the butterfly?” I asked.
“Butterfly? I would NEVER get a butterfly.”
The tattoo conversation was temporarily tabled but at every opportunity through the years, I have let my kids know exactly how I feel about tattoos.
It’s tough living in a world when “all” your peers have tattoos. And many with multiples. Leo’s dear friend, Anthony, started with the body art when he was 16, a tattoo in memory of his dearly beloved father. OK. I’m down with that. I liked his father, too.

He has gone on to honor many others on his arms, chest and back, including Jesus and his mother  (Jesus’s, not Anthony’s), his Nana, his high school’s motto and God in various forms. Even his good friend Tommy John is given a shout out on his elbow. Anthony, by the grace of God, is not my child and so I can simply admire his tattoos and shake my head. 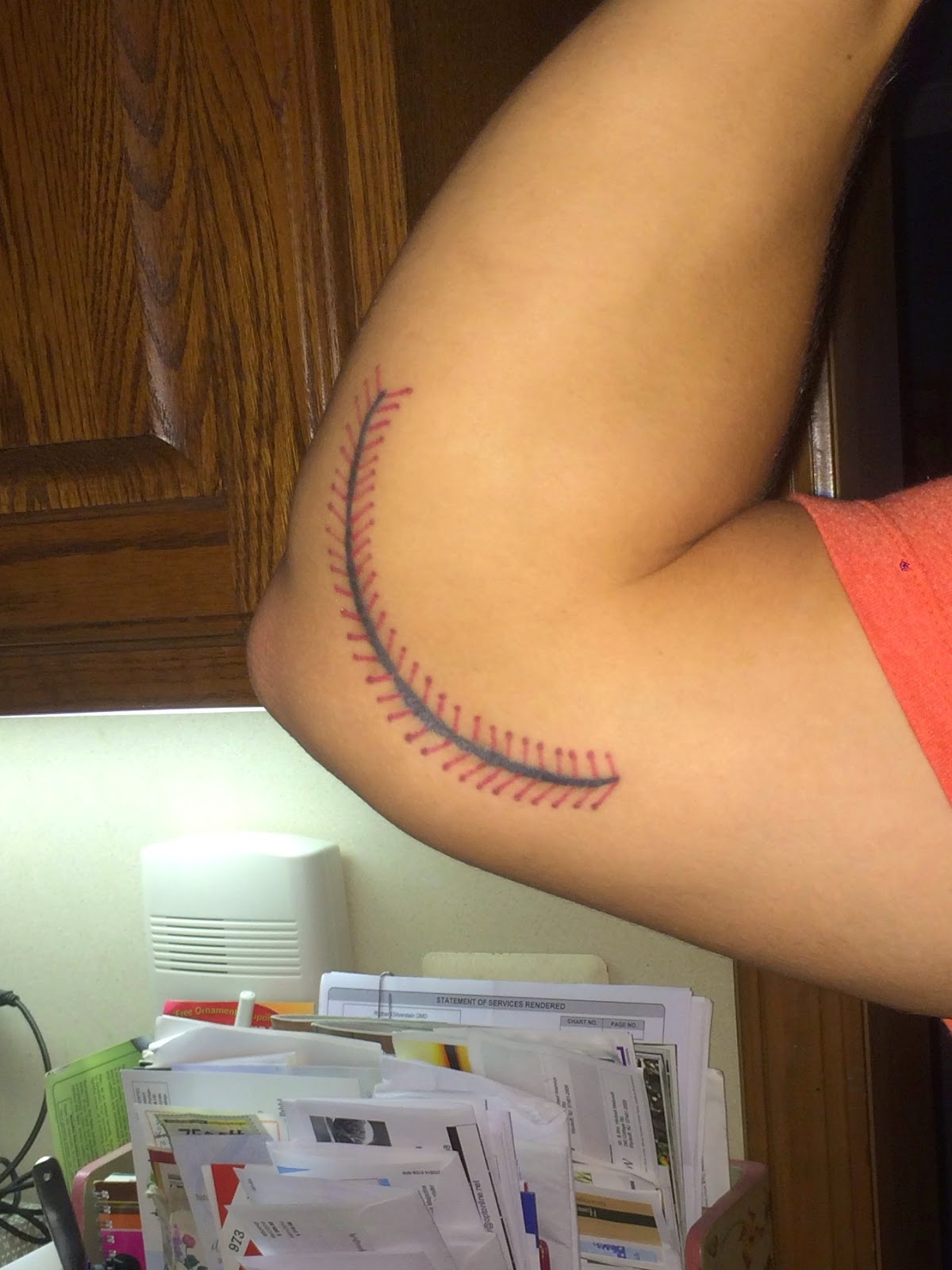 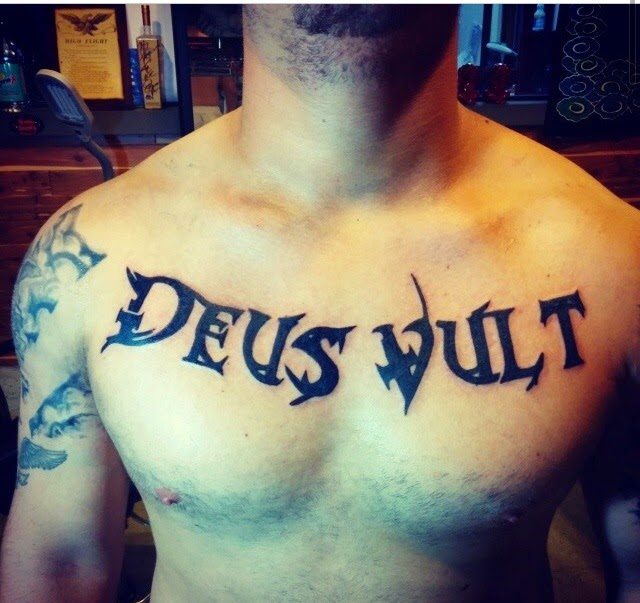 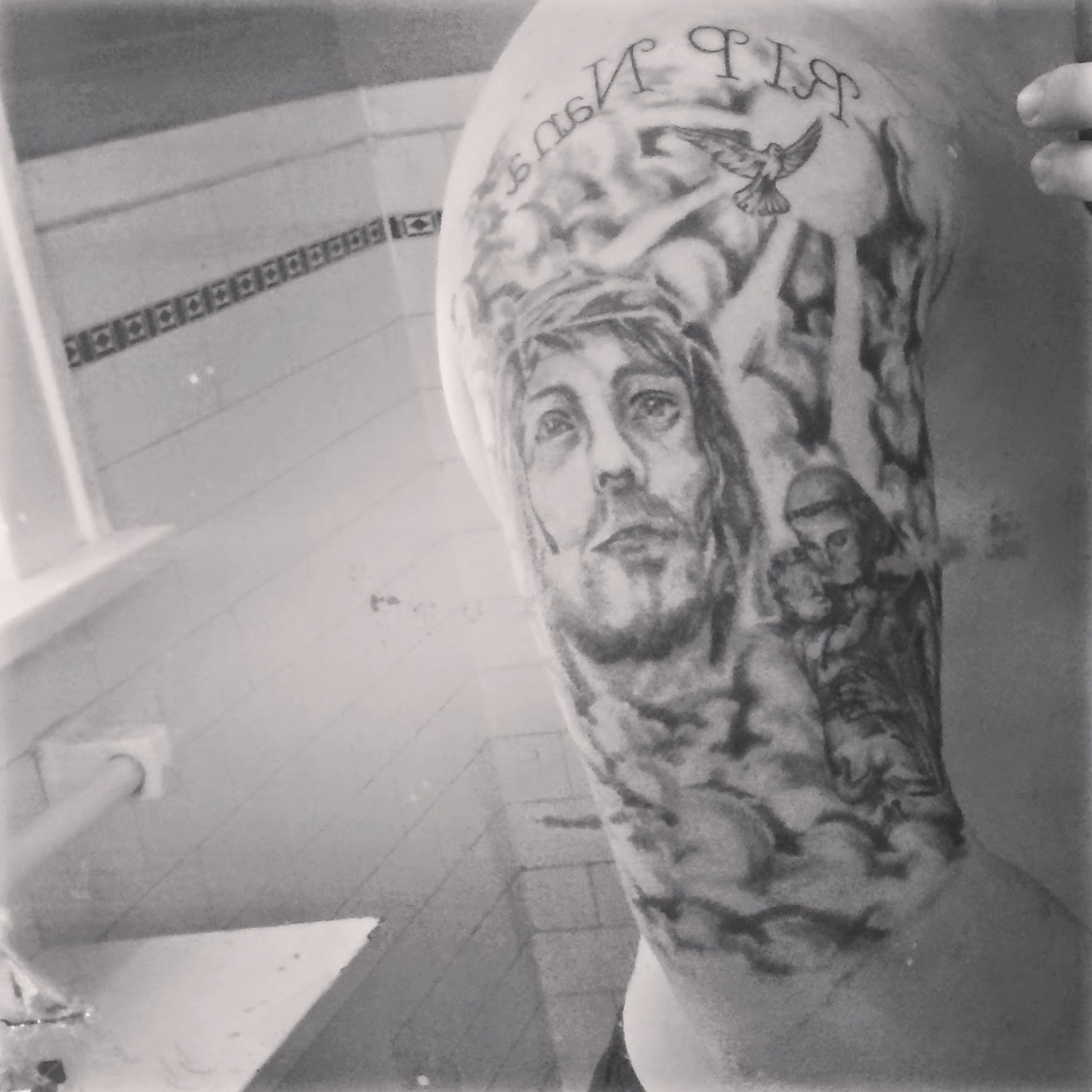 “So,” I said to my spouse this morning, shoving my iPhone in his face. “Look what Molly sent me.”

“Oh! A fleur-de-lis!”
“It’s a tattoo.”
“Is that her ankle?”
“Uh, yeah.”
“Fleur-de-lis are cool,” he said.
“It’s a tattoo. Your daughter has a tattoo.”
He shrugged.
“A tattoo on the ankle is fairly innocuous,” he said.
“Except on a job interview. Or in her wedding dress.”
“Oh, please. Every third woman in my hot yoga class has a tattoo,” he answered.
“And now the boys will get them. You know they will.”
“What boys?”
“Our boys. And you know she’ll never be able to marry anyone who’s Jewish.”
“Why’s that?” he asked.
“Because Jew’s hate tattoos.”
My spouse shook his head and went to church.
When I was young, there was nothing I wanted more than to get my ears pierced. I fought bitterly with my parents over their ridiculous denial of such a benign life pleasure. I used to glue fake pearls to my ears with a dab of nail polish and had a pair of huge silver hoops that lived in my jewelry box anxiously awaiting the day my parents would change their minds.
They never did.
I finally rebelled and got my ears pierced when I was 26 years-old.  I now have hundreds of pairs of earrings. I have pregnant lady earrings that I wore when I was with child. I have Christmas trees, shamrocks, witches, hearts and American flags for holiday wear. I have little girls swinging, Philadelphia street signs, typewriter keys and Scrabble tile earrings. I have one earring that says, “in one ear,” and one earring that says, “out the other.”  I have earrings in all colors, sizes and shapes. I have swirls and stones and peace signs, and yes, fleur-de-lis.
So, I get it.
But, I can, and do, change my earrings every day.
“So, Leo,” I said to my somewhat unconventional eighteen year-old son. “Did you hear Molly got a tattoo?”
“Oh, you know about that?” he asked.
“Yeah, I know about that. And I’m not happy.”
“Why not?” he asked.
“Because I hate tattoos.”
“Why do you hate tattoos? I’m going to get a tattoo.”
“You better not.”
“Why not? I’m 18 years-old.”
I bumbled around and ended up with the answer generations of parents have sworn they never would use and always do.
“Because when I was young…”
“Mom. Times have changed,” he said. “Get over it.”
“But in my day, “good” kids didn’t get tattoos…”
“In your day there wasn’t a black president or gay marriage either.”
“But…”
“Mom. It’s no big deal.”
“But don’t you understand that it’s there forever? What if you go to a job interview and you don’t get hired because of your tattoo?”
“I would never work for someone who wouldn’t hire me just because I had a tattoo.”
“But, what are your grandparents going to think?’
“See, that’s your problem, Mom. You always worry about what everyone else is going to think.”
True that.
And so, I took to my computer and googled the fleur-de-lis.
“Traditionally, it has been used to represent French royalty, and in that sense it is said to signify perfection, light, and life.”
The fleur-de-lis is all over New Orleans.  And apparently, so is Molly. Molly is in her sixth week of a two-year stint with Teach for America. She loves New Orleans. And I love that she loves it.
“I guess a part of me is jealous that nothing means enough to me to warrant a tattoo,” I confessed to Leo.
“Yeah, I wouldn’t just get any old thing either,” he said.

“And you’d just get something small, right?”

“I wouldn’t mind a sleeve, if it looked nice.”

Last year, my friend Peggy, previously dubbed as the-least-likely-to, suggested that six of us get matching tattoos. We all met the first week of college and have gotten together every single year without fail since we graduated. I gave her my expected “I would NEVER…” response.
But now I’m thinking, maybe nearly 40-years of  friendship is something that’s tattoo-worthy after all.

But I can’t do that without honoring all the other important people and places in my life. I pictured a sleeve, or two. Faces. Lots of faces. My kids, my spouse, my parents, my sisters, my closest friends, my favorite dog, my house on Woods Road. I could scrawl my wedding date across my back and include the lyrics to my favorite John Prine song.

Or, on second thought, maybe just an innocuous little red heart could cover it all. Including the love I have for my newly-tattooed rebel of a daughter.