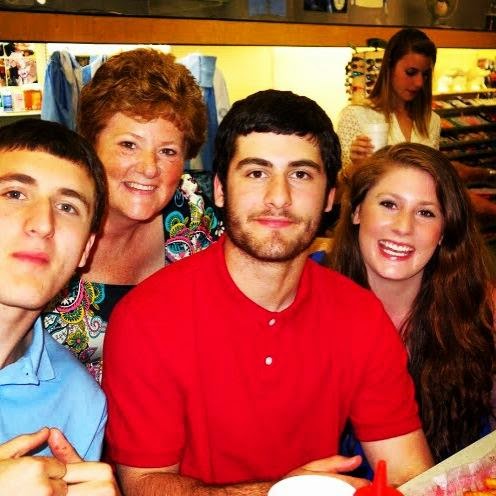 It all began when I yelled at my dog. Now, everyone knows I’m not particularly fond of my dog, but I’m also the first to admit he’s not bad as dogs go. He’s well-behaved, eager-to-please and wants only two things out of life. Food and love. I can give him half of what he needs. 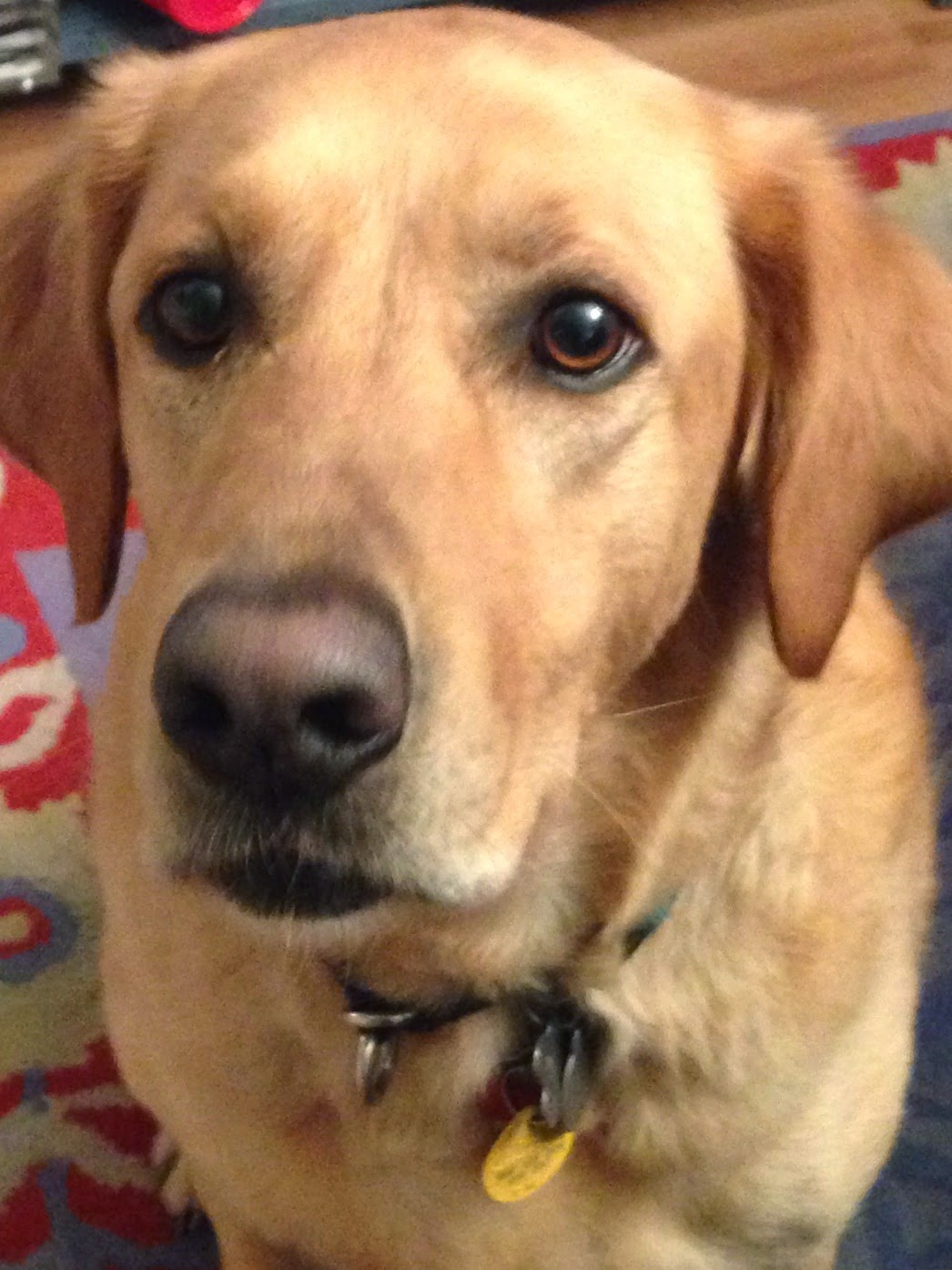 He has this annoying habit of looking at me. I’ll be in the kitchen slicing my spouse’s shrubbery and he sits ten feet away, looking at me. I know what’s going on in his simple little mind. He actually thinks that I am going to slip up and give him some people food. And I’ll admit, sometimes I think about it.
“Want a nice hot pepper, Griffey?”
I have trained him not to come close when I’m cooking, cleaning or carrying groceries in from the store. And he doesn’t. But I know what he’s thinking. If he plays his cards right, he might get a little love from me.
And that makes me feel guilty.
On Monday night as I was busily baking my batches of Christmas cookies and candy, (a third of the goodies go out — to the hairdresser, the mail carrier, the trash collector and two-thirds stay right within reach to perpetuate the sickenly-sweet sugar high that finally comes to a crashing halt five pounds later on New Year’s Day.)
Griffey, perched across the room made no move to scarf up the cranberry and white chocolate cookie batter that splattered on the floor. He just looked at me. And that’s when I flipped.
“OK. Outside with you! Now!”
I flung open the back door and ousted him into the cold. I picked up the cookie batter off the dog-haired kitchen floor and plopped it right into my mouth.
And that’s when I paused.
There I was, all alone in the house. The boys were busy taking finals at their respective colleges and Molly was safely inside her Teach for America bubble of a life in New Orleans. My spouse was chasing down stories about trucking accidents and I was living the dream.
I was alone.
There were no little kids pulling on my apron strings, no one asking for food, no one demanding my attention. Just me.
And the dog.
Surely the dog couldn’t be causing me that much anxiety. After all, I had survived life with a three, five and seven year-old. And a dog. And then a thirteen, fifteen and seventeen year-old.  And a dog.
Had I really gotten that old and fragile that I couldn’t even handle one dependent mammal at a time, and one who didn’t talk back, one who didn’t ask for money, one who didn’t drive, or leave her shoes all over the house or bumble his way through pre-calculus? I didn’t have to worry about Griffey’s future, his grades, his safety, his girlfriends, his manners. And yet, that old familiar stressed-out flip-out came spewing out of me just as if one of my kids had thrown a baseball through a window, forgotten poster board for the year-end project or scraped the side of the car on the guardrail on Route 4 and never thought it was worth telling me about.
A burned batch of fudge later, I realized my reaction had nothing to do with the dog.
It was the anticipation of the imminent onslaught of the offspring.
They are arriving in shifts which makes it easier on my shattered nerves. But they are staying for a long time. Leo is home for 34 days. Max is home for 25. And dear Molly, bless her heart, will only be here for 13. Yes, I counted.
My kids are old. They are independent creatures. They come and go as they please. But they are still here. Looking at me.
Just like the dog.
But unlike the dog, they will bring their dirty laundry, both literal and figurative.  They will steal my tweezers. And snatch their brother’s sweatpants. They will take long showers and leave me no hot water. They will go out on New Year’s Eve and make me worry until they get home. Or worse, they’ll ask if they can have the party at our house. They will need money for gas. And clothes. And tuition. And rent. They will devour everything in the house and still say there’s nothing to eat. They will roll their eyes about anything resembling a family dinner and weasel their way out of church on Christmas Eve. They will use their bedroom floor as a bureau and the basement as a brewery. They will fight over the car and fight over the Kardashians. They will leave their long, long hair wrapped around the bathtub drain and their short, short whiskers peppered in the bathroom sink. They will go to bed late and sleep even later and look to me for protection when the father says, “Get a job!” They will parade people in and out of the house, some of whom will be asleep on the couch in the morning. In a moment of weakness, they will confide in me, telling me about their friends, or lack of; their loves or lack of; their jobs or lack of; their dreams or lack of. And I will fester and fret and hurt and hope, half-wishing they hadn’t opened up to me.
And then, one-by-one, they’ll go back to New Orleans and Los Angeles and Piscataway. I’ll wash the sheets, pick up the stray socks, empty the water bottles and get a good night’s sleep.
Griffey will sit on the kitchen floor and look at me. I’ll reflect back on the Christmas chaos and start counting the days until summer vacation with a muddle of joy and dread. And I’ll pat the dog, toss him a biscuit and wonder who ever came up with this crazy concept called unconditional love. 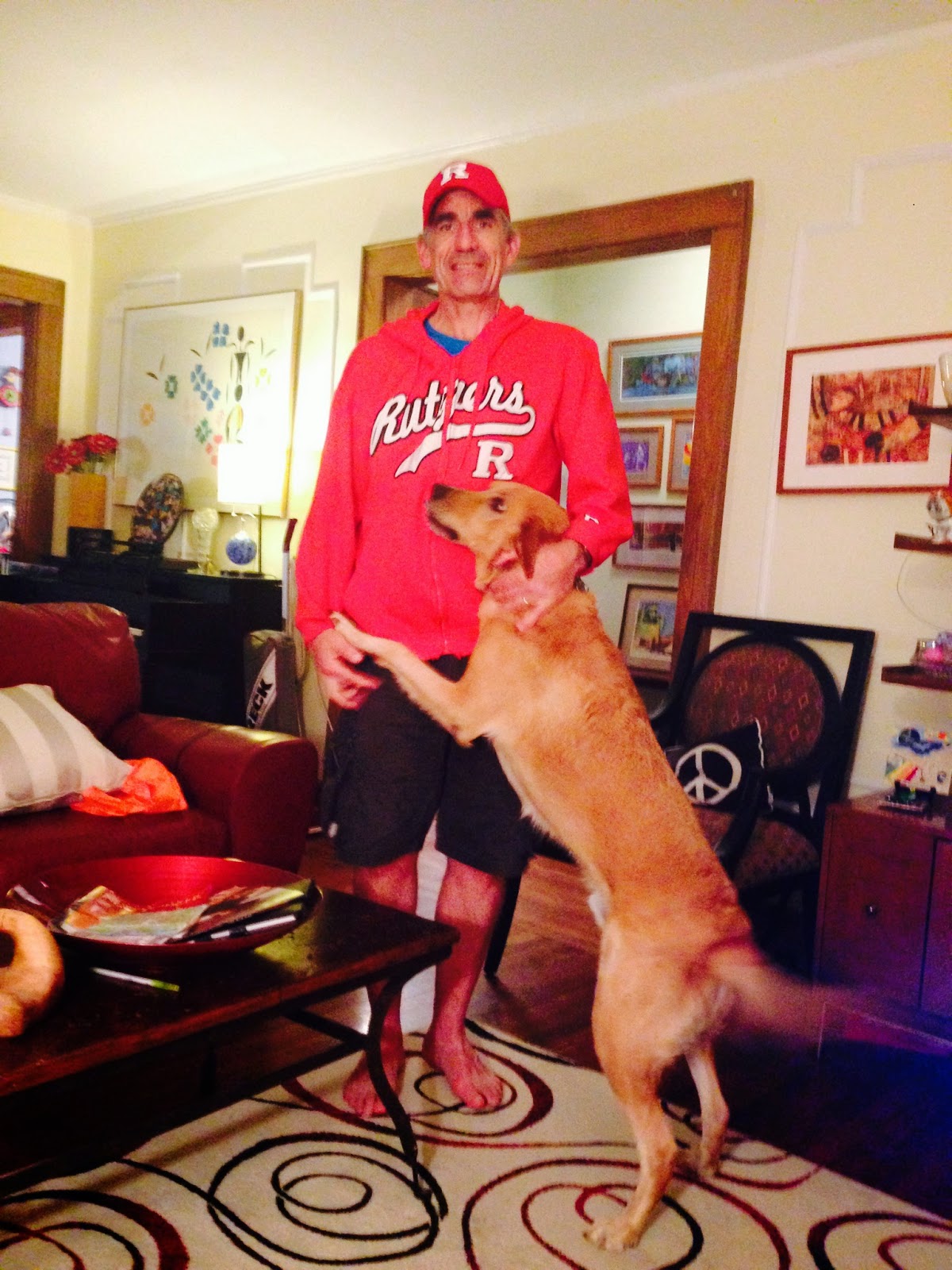