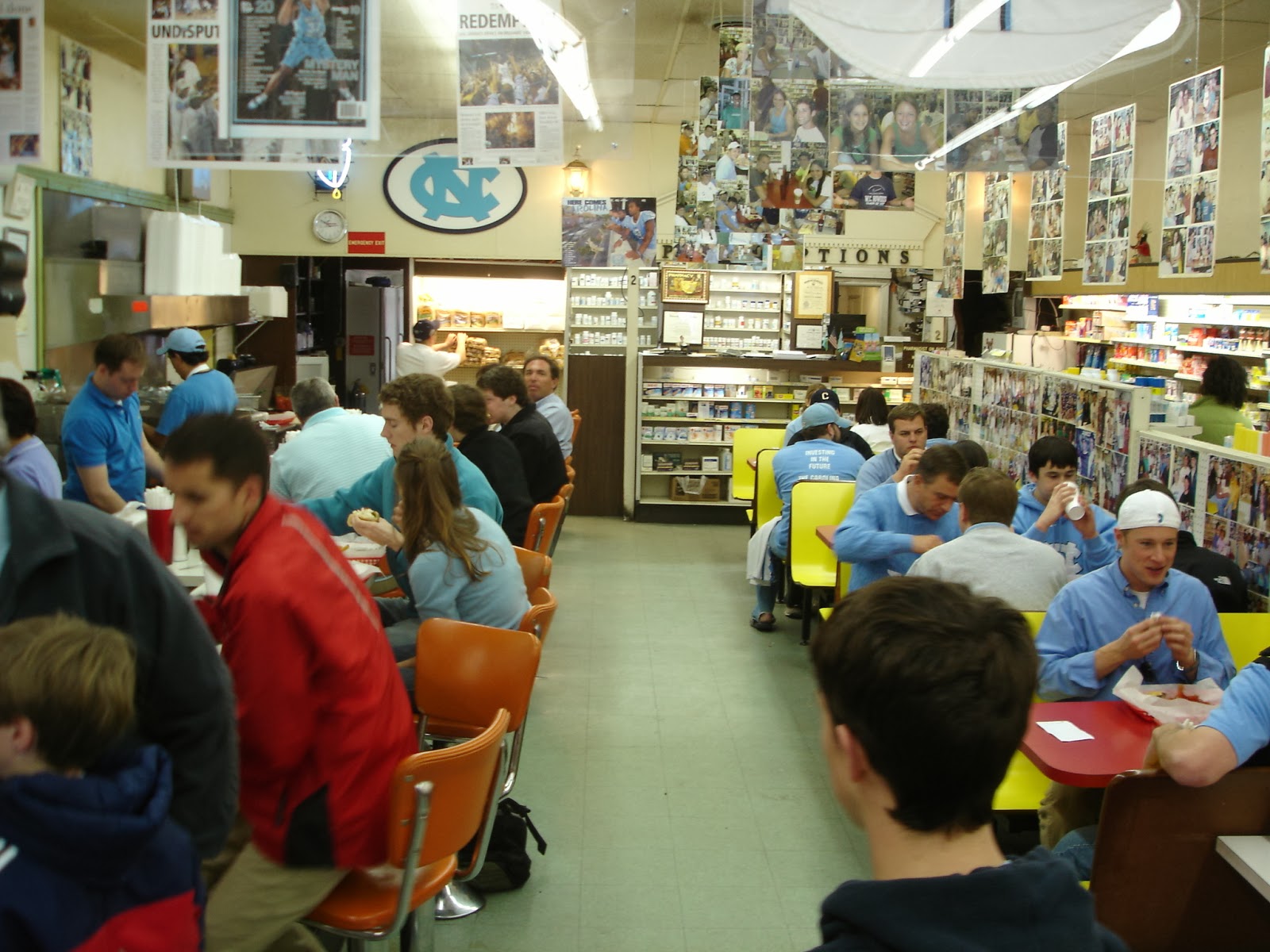 When my oldest child, Molly, chose a college 500 miles from home, distance was the excuse I used for not attending University of North Carolina’s Family Weekend her freshman year. I didn’t really mind the drive; I just bristled at the thought of fraternizing with thousands of strangers and befriending my daughter’s friends’ parents. I knew I’d be going alone because my husband had to coach baseball and I just didn’t feel the need to add Dan and Sally from Cleveland, Carla and Joe from Denver, Ruth from Asheville, Sandra and Stephen from Chapel Hill or even Tom and Jackie from my home state of New Jersey to my list of friends. I had no interest in forming relationships with a bunch of people who would be out of my life in four years.
But that was before the Duke ticket.
If you know anything about college basketball, you know that UNC iscollege basketball, having churned out the likes of some fairly well-known players (some guy named Michael Jordan…). One of the biggest college basketball rivalries in the country is that of Duke and UNC. Duke students have been known to camp out overnight to score these coveted tickets; UNC students enter a lottery which yields more disappointments than tickets.
Somehow, Tom pulled through with Duke tickets for himself, his daughter and her four friends. Molly called me up squealing with the kind of giddy joy I hope to one day hear when she finds true love. Word spread rapidly through Facebook and Twitter and I’d hear my boys slipping, “Molly’s going to the Duke-UNC game” into casual conversations. It was that big of a deal.
Tom, the world’s best father, flew down to North Carolina, gathering the girls for a pre-game meal at Sutton’s, an old-fashioned soda shop / diner / drug store in Chapel Hill. The walls at Sutton’s are covered with posters of UNC sports teams and photographs of the famous people, players, and teams who have eaten at the Franklin Street institution.
Crowded into a booth, across a Formica-topped table, Tom leaned in conspiratorially.
“We’re on a mission,” he said, whipping an extra ticket out of his wallet. “We have to find someone worthy of this Duke ticket.”
Now, he could have scalped it in 30 seconds flat for 30 times what he paid for it. Or, he could have done what he did which was teach the girls a life lesson.
Along came Holly. Holly was the unflappable ageless waitress who slapped a stack of plastic-covered menus on the table with one hand while balancing a stack of six plates in the other. Flashing a welcoming smile, it was immediately clear she was a master of her trade.
“How long have you been working here?” Tom asked.
“Forever,” she sighed. The place was packed and the line for seats was winding its way out the door, but Holly was the epitome of grace under pressure. She stood at that booth, chatting away as if they weren’t just one table of thousands of college kids who’d been in for a free lunch with a father from out of town.
“You ever get to the basketball games?” Tom asked, winking at his daughter across the table.
“Never,” she answered wistfully. “I just never got the chance. I’m always working or taking care of my daughter. I love basketball. And I know all the guys on the team. They come here all the time.”
Holly pointed at the pictures lining the walls.
“What if,” Tom continued as Holly’s orders stacked up on the counter behind her. “I told you I had an extra ticket to the Duke game tonight. Would you go?”
“Would I go?” Holly asked, her eyes widening. “Would I go? Hell, yeah, I’d go!”
“Well, this is your lucky day,” Tom said and handed her the Duke ticket.
“Don’t move,” she squealed, as if they were going anywhere before they sunk their teeth into one of those town-renowned burgers. She came back with a camera and snapped a shot of Tom and the girls which now hangs prominently in Sutton’s alongside hundreds of other famous faces that have made an impression throughout the years.
Tom could have given the ticket to anyone. But he chose the one person in all of Chapel Hill who it probably meant the most to.
“So, what did we learn, girls?” Tom asked as they paid their bill. “Always treat people as though they have the Duke ticket. Because you just never know.”
The next year when the topic of Family Weekend reared its ugly head, Molly reiterated that I was the only parent who never visited. She reminded me of how much fun all the UNC parents were. And how grossly neglected she was.
And so, I went. And my daughter was right. Tom and Jackie and Sally and Dan and Ruth and Sandra and Stephen and Carla and Joe are now all dear friends. We get together in Chapel Hill as often as we can swing it. And every time we’re there, Holly waits on us at Sutton’s.
Graduation is coming way too quickly. We all promise to stay in touch and I truly believe we will. The years will pass and things will change. But, wherever we are, no matter how far, whenever UNC plays Duke, we’ll all get that old familiar tug in our chests.
Because we know, regardless of the outcome of the game,  that each and every one of us has scored the winning ticket.