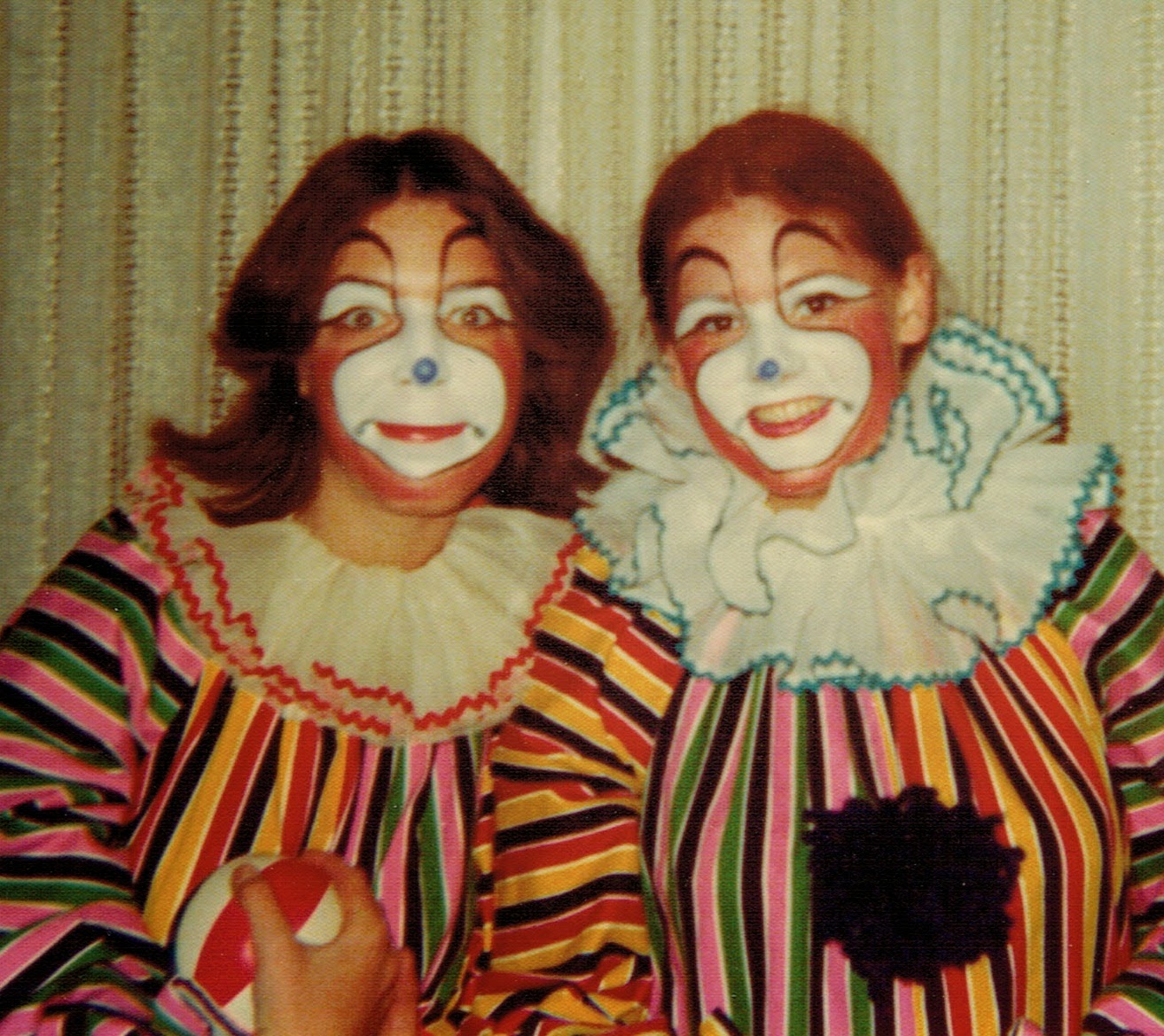 In theory I should love Halloween. Candy is by far my favorite of all the food groups. Children make me smile. And I’ve spent the greater part of my life wishing to be someone I’m not.
But in reality, Halloween is my most horrendous holiday.
Halloween raises all kinds of self-esteem issues for me. I’ve never been clever like my cousin Karen nor a seamstress like my mother. So with no good ideas and no means to create, when push came to shove, I simply rotated between a clown costume I wore in a school play and a white sheet with eye holes. When I had children my self-worth plummeted deeper, never allowing them creative license, but forcing them into whatever costume was left at Party City the day before Halloween.
I have deep-seeded emotional scars surrounding Halloween.
When I was in high school I would have given anything —  my sisters, my Frye boots, my soul, to be truly accepted by Nadine Maher and Betsy Ledwith.
Nadine and Betsy were cornerstones on the high school field hockey team. They were fast runners, high scorers and best friends. The pleats on their kilts hung as straight as their hair, their smoothly-shaved legs were shapely and strong. I, on the other hand, was the frizzy-haired (red, no less) goalkeeper. And while one may assume that a goalie had to have guts and grit, the truth was that I was slow, scared and prayed I’d never have to touch the ball.
Because I made Nadine and Betsy laugh, I flirted in and out of their orbit, earning the occasional sleepover invitation. But come morning, I’d be relegated back to my second-tier status, panting like a dog for another pat on the head. Imagine my glee, when in 11th grade, Nadine and Betsy declared that they and the other it-girls-of-the-week would be Trick or Treating with me. We’d dress as hobos – torn jeans, flannel shirts, a smudge of makeup on our faces to look like dirt. Way cooler than the saddle-shoed, poodle-skirted sock-hop costumes my other friends had concocted.
I spent Halloween afternoon wondering if they would really show up and telling myself I didn’t care. When I opened the front door to a bunch of bums, I was euphoric. I hurried them in and then panicked, suddenly realizing that any member of my FAMILY could appear at any given moment.
I guided the girls to the bowl of candy on the blue tile-topped table in the front hall.
“Take as much as you want!” I said.
Full-sized Hersey bars and Tootsie Rolls were silently swooped into pillowcases as I herded the crew out the door.
We hadn’t hit the end of the flagstone path before the front door burst open and my father, clad in green plaid pants and orange striped shirt (not a costume), barreled out onto the front lawn.
“Thieves! Thieves!” he screamed, swinging the empty candy bowl through the crisp night air. “Get back here!”
I died a thousand deaths as I skulked back to the house, my new-found popularity lying at the bottom of a pillowcase.
“What kind of people are they?” he roared for the whole neighborhood to hear. “Their greedy, grubby hands took every candy bar in the bowl!”
“But, Dad,” I protested.
“Get it back!” he snapped. “Or I will.”
I narrowed my rolled eyes and ran to catch up with the cool kids. I don’t remember what I said or what excuse I used, but I’m sure I denounced my father with every cruel curse I could conjure up. I suspect I recovered half the candy bars and that when I tossed them back into the bowl that I glowered at my evil father and vowed never to speak to him again. I’m sure I slammed the door hard behind me as I stomped down the street to meet back up with the greedy, grubby thieves who never would have cleaned us out without my permission. 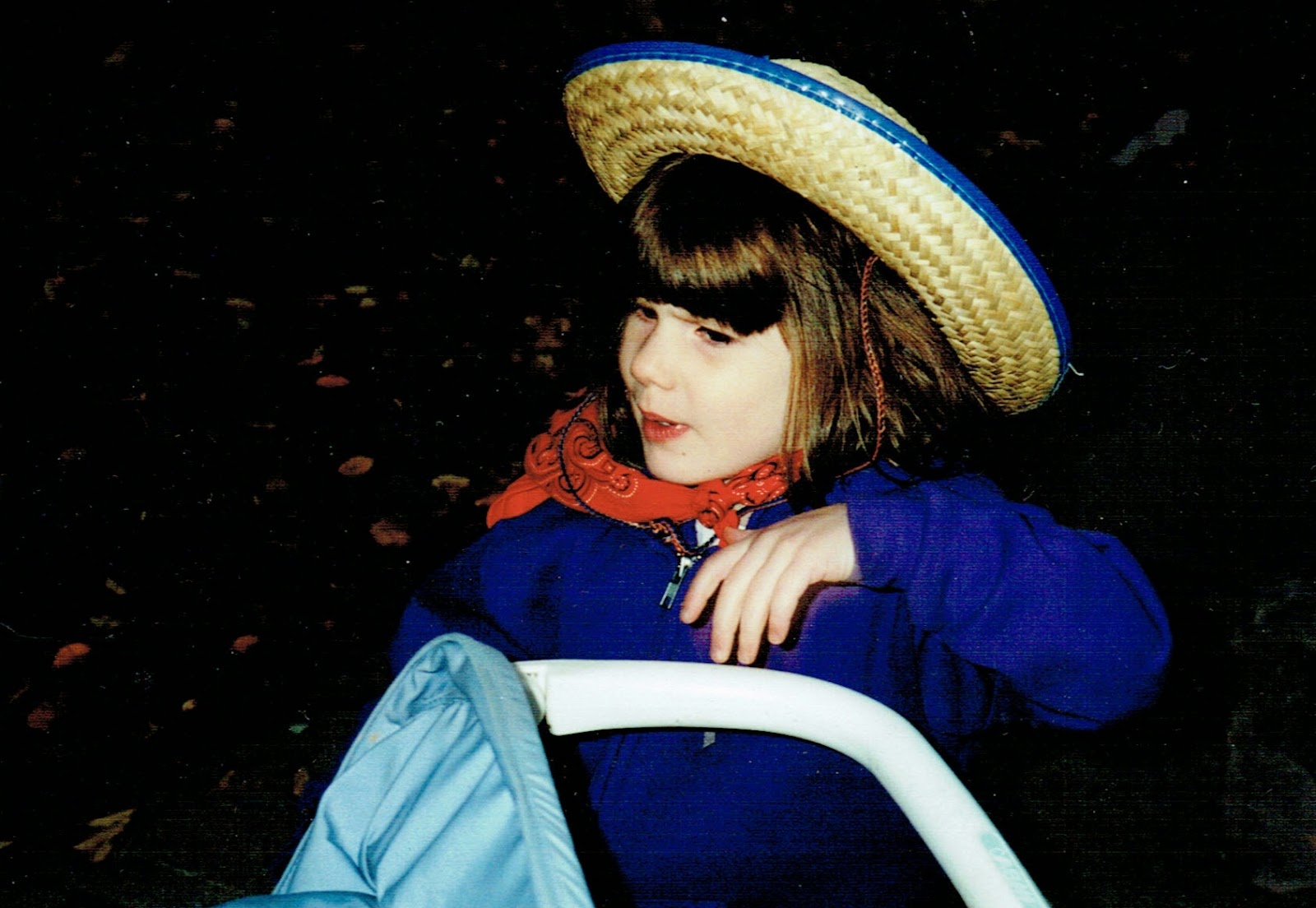 Many, many Halloweens later, I found myself hosting a Haunted House, something I would never in a thousand years take on intentionally. My sister, Nancy, planned a Halloween-themed birthday party for her daughter, Olivia, and my kids and I were invited guests. A half-hour before the 15 six year-olds were to descend upon us, Olivia’s little brother fell off his bike and had to be taken to the ER for stitches.
“Just make sure the spaghetti isn’t too hot!” my sister called over her shoulder.
“What’s the spaghetti for?” I panicked.
“Worms! They stick their hands in it. Put it next to the eyeballs in the basement. Don’t forget the dead body in the coffin. And make sure no one falls down the steps.”
Somehow I pulled it off, but not without traumatizing myself and half of the party. 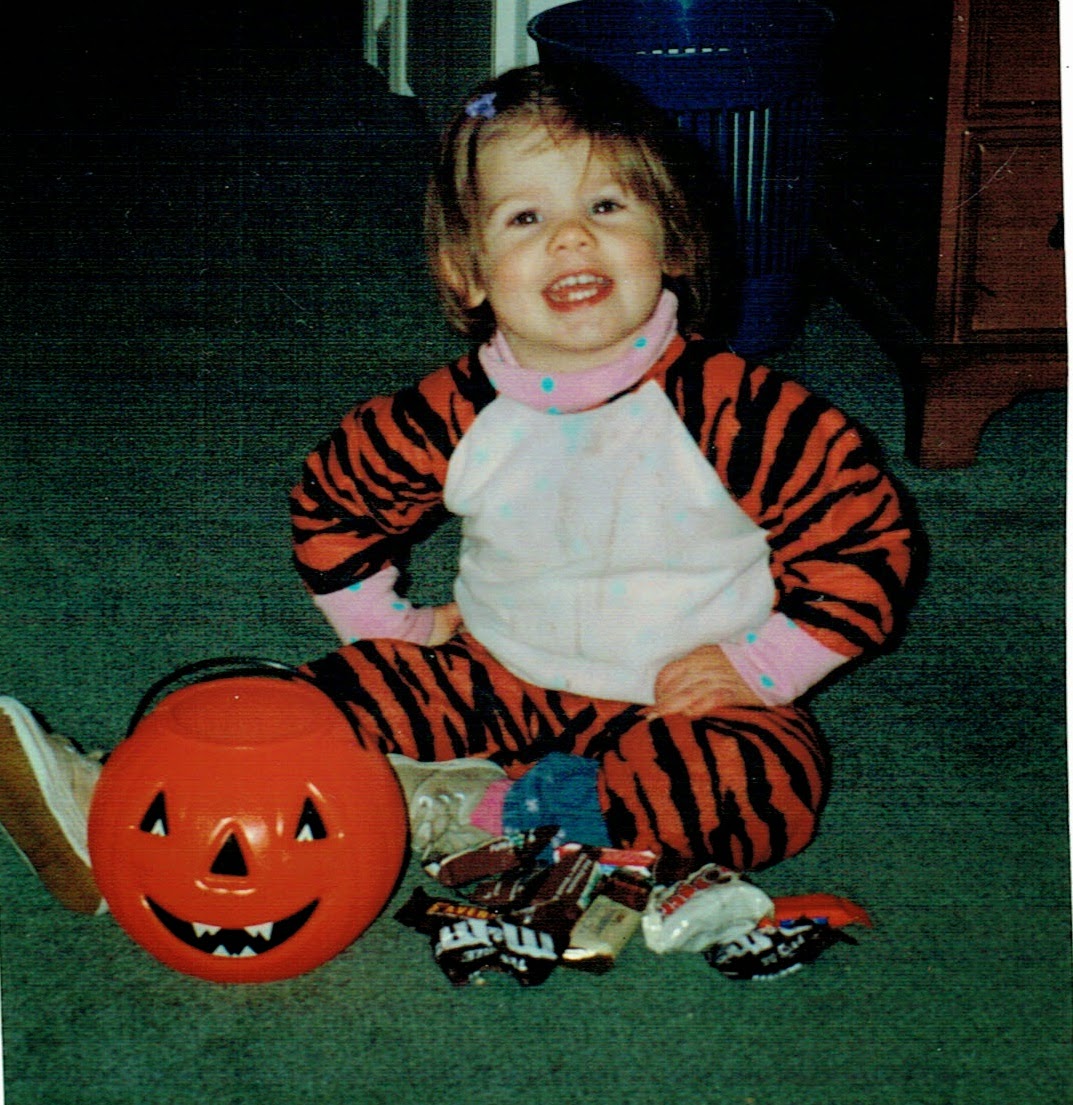 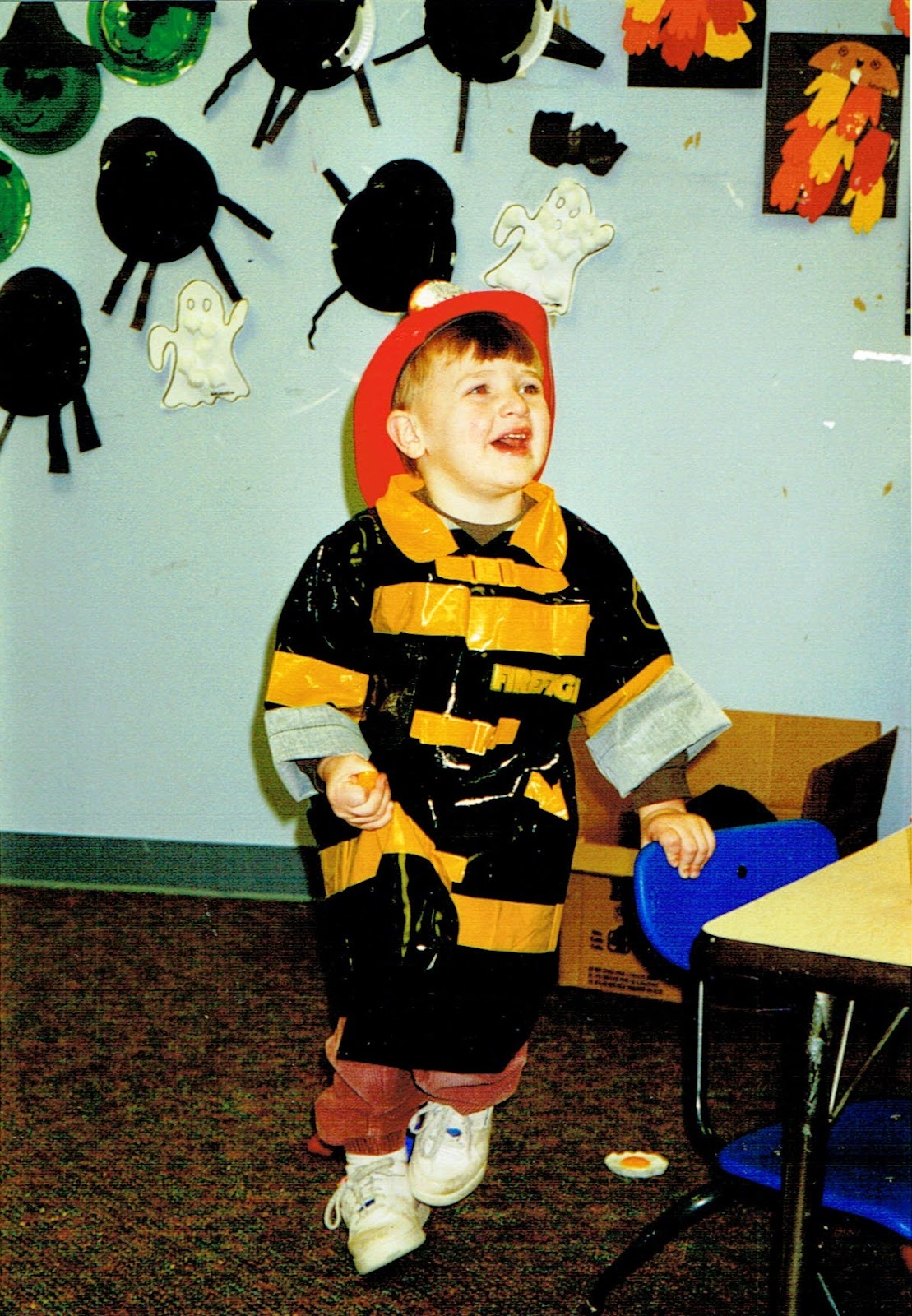 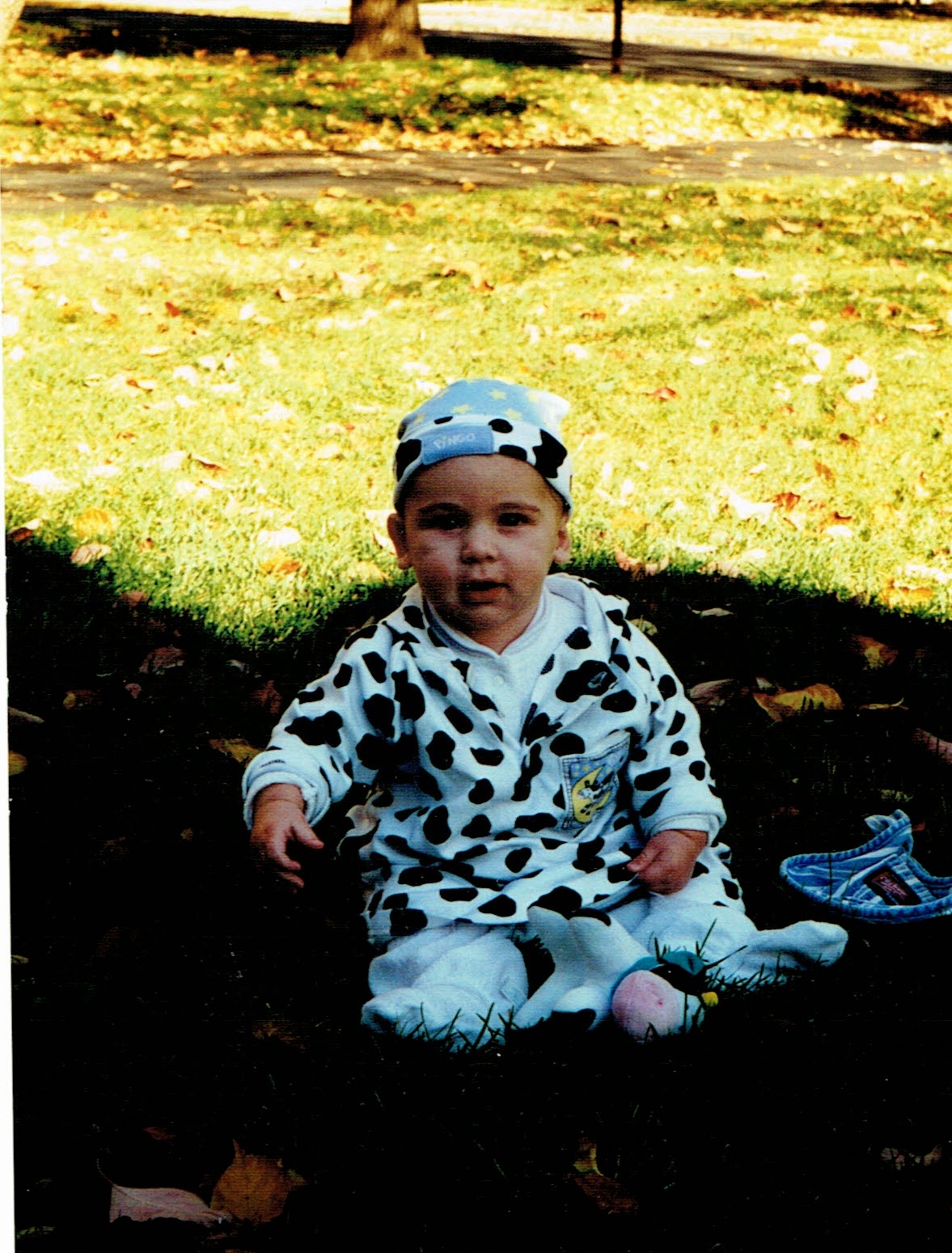 Halloween with my kids was nothing more than a dreaded duty. We ventured across town to Trick or Treat with a group of friends and their well-behaved and creatively-clad children. My spouse seemed to always have a breaking story to cover on Halloween night and I’d be left wrestling the kids into their costumes, spewing threats through clenched teeth, “You WILL be a cow and you WILL enjoy it.” Inevitably I’d have one kid on my shoulders, one crying and one darting between cars. When it was finally over we all convened at the Landers’ house where my spouse would show up about the same time the pizza did. By then, the kids were on such a sugar high that they couldn’t stop smiling and he couldn’t help wondering what all my fuss was about.
This Halloween Leo, undoubtedly donned in a toga, will be parading up and down College Ave with the other Rutgers baseball players. 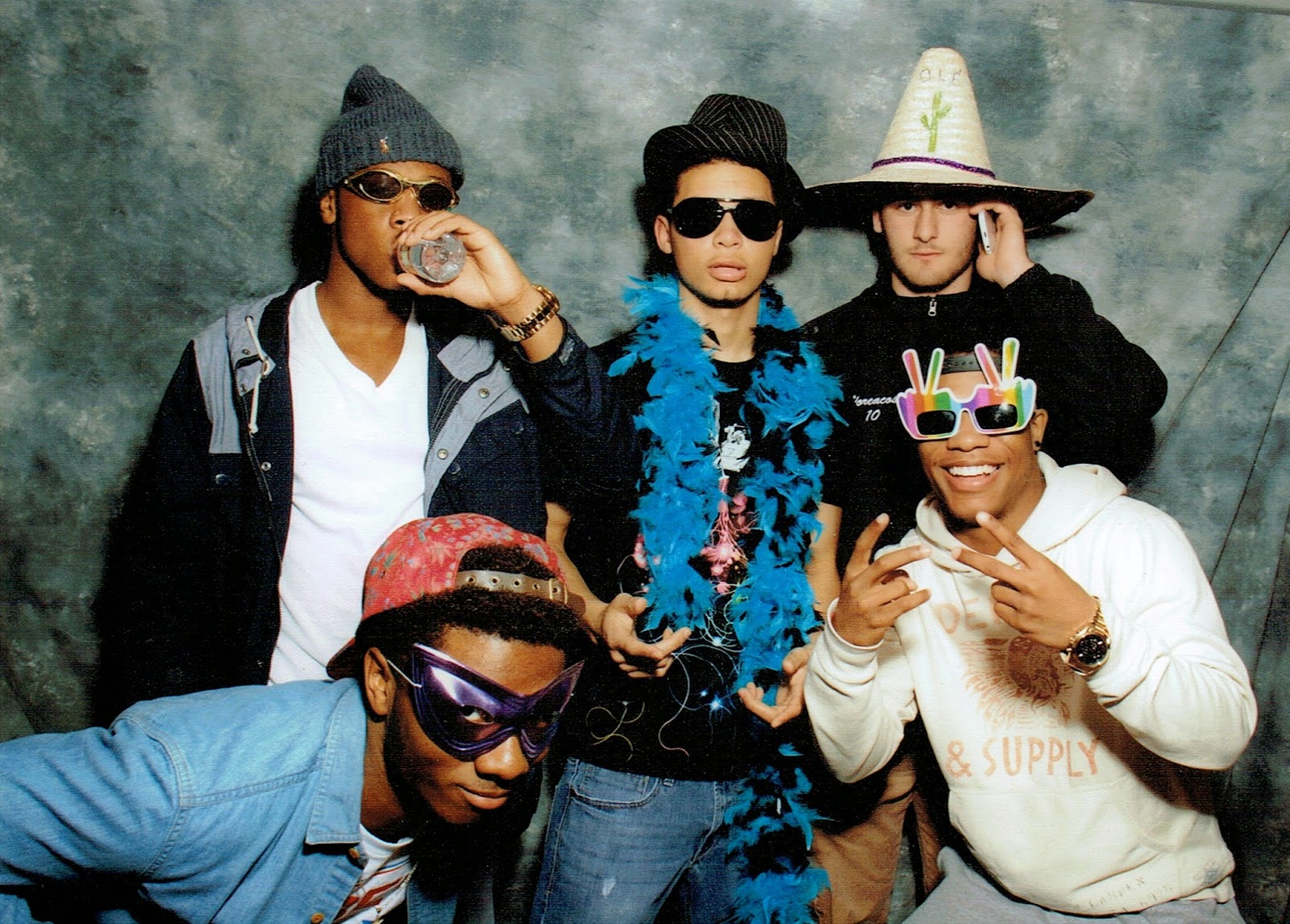 Max, out in southern California, will be dressed as, but hopefully not partying like, Johnny Manziel. I know because I got an e-mail from Amazon with shipping details for a Number Two Cleveland Browns jersey. 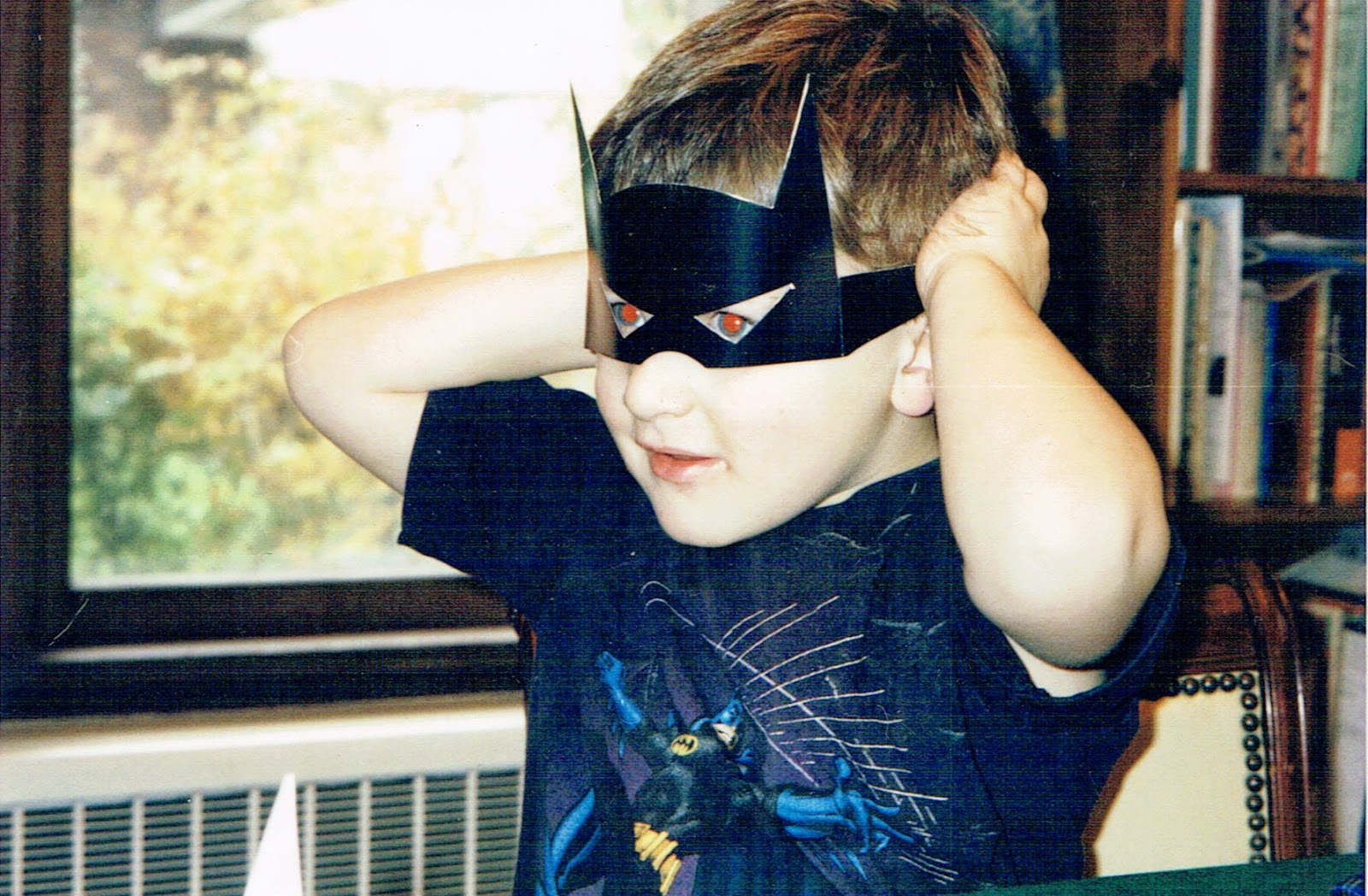 And Molly, the one who loved dressing up the most, will be wearing cat ears or sunglasses or something equally un-costumey as she staggers with the drunks down in the Big Easy. 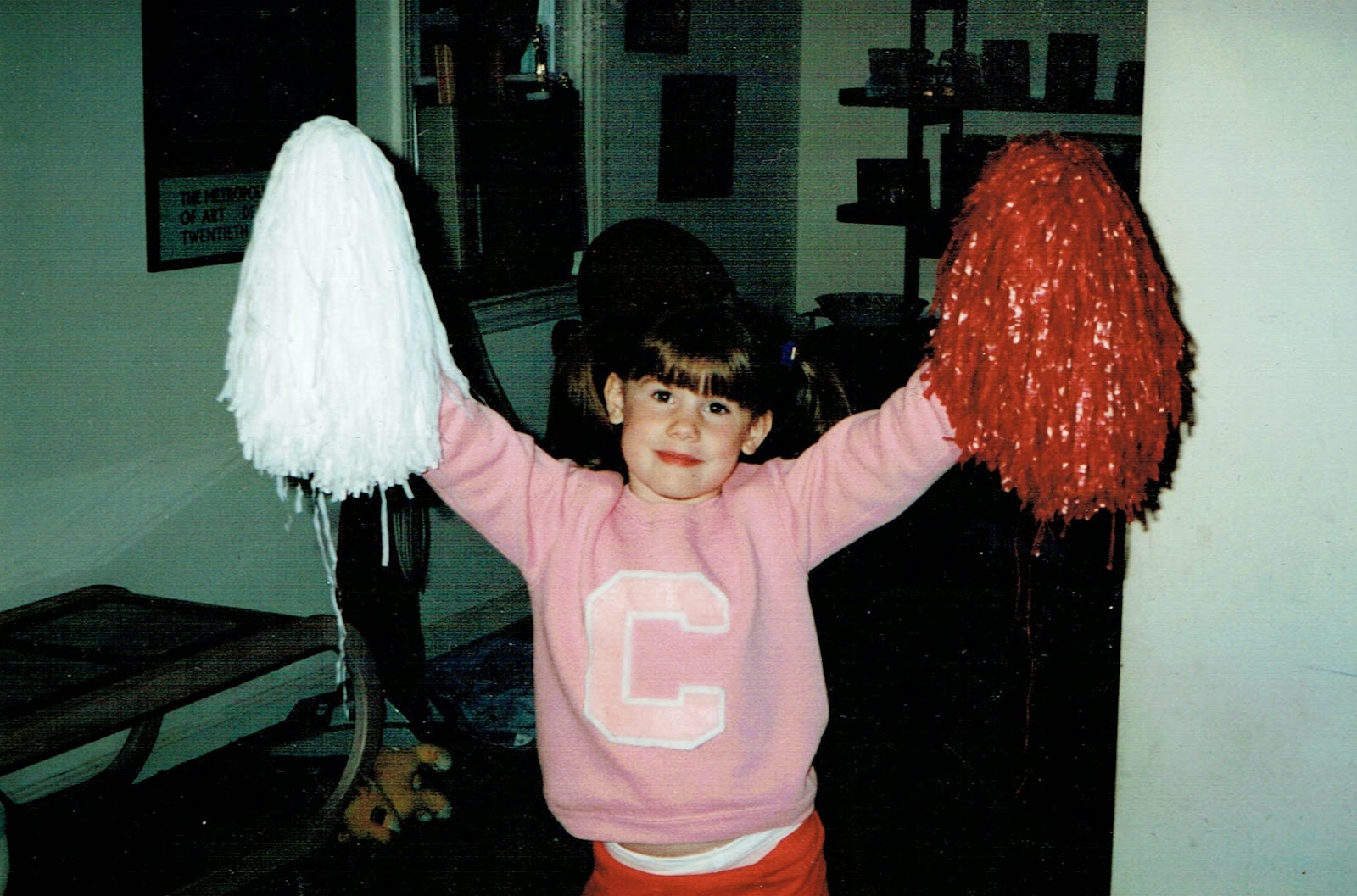 As for me, well, my spouse is out of town so I’ll have the Halloween I’ve always dreamed of. I’ll sit at home with a big bowl of candy and enjoy the night from the inside looking out.