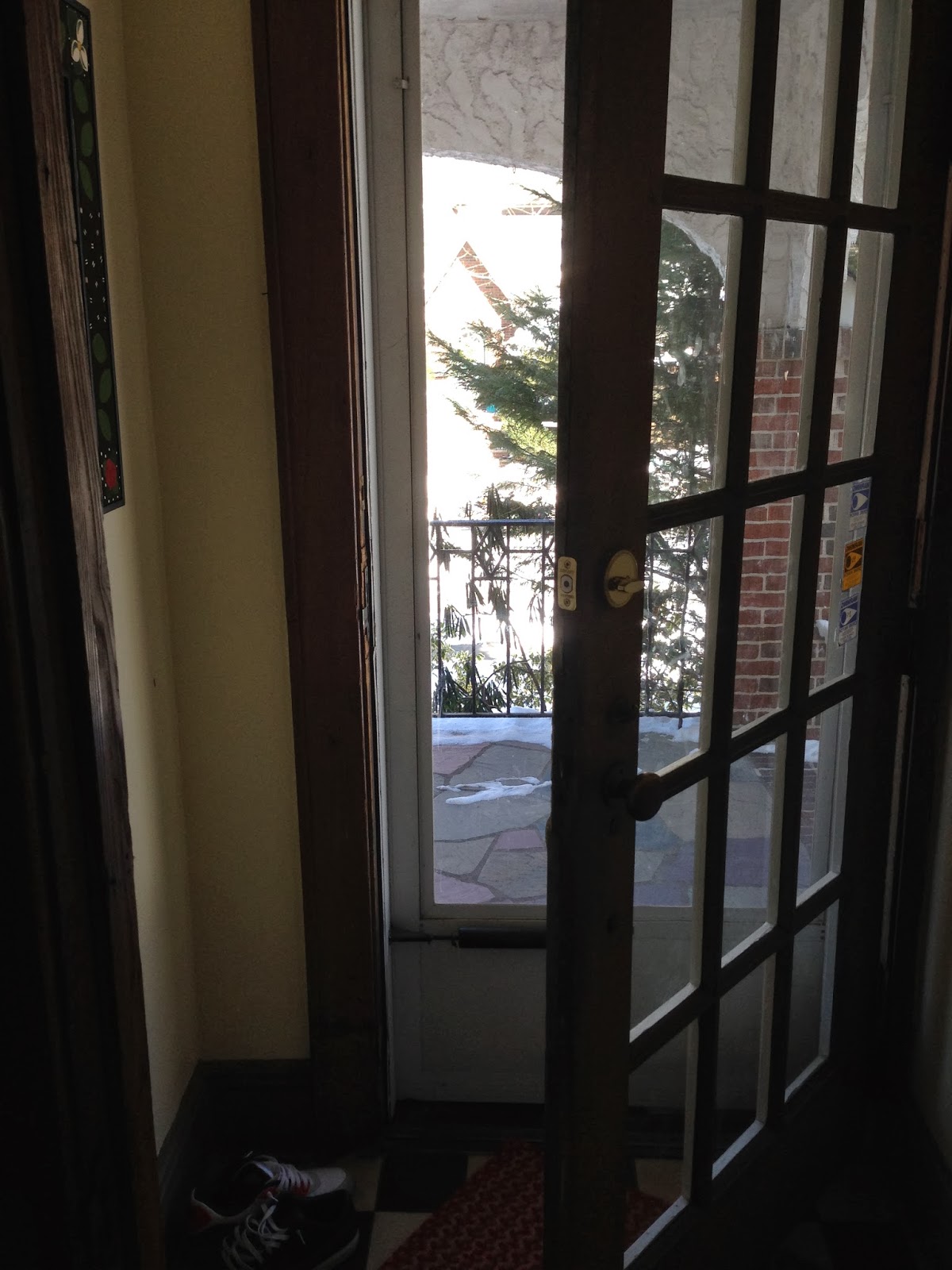 I am old and I am tired. Which means, if I’m not out whooping it up on a weekend night, I’m perfectly content with taking to my bed with a book by 11 pm. However, in my ongoing pursuit of obtaining perfect parent status, I feel that someone besides the dog should stay awake until all children are nestled snug in their beds. A battle ensues (if you can call a discussion between a ranting wife and a snoring spouse a battle) and I draw the short straw. I guess it’s only fair that I’m the one who has to stay up. After all, it’s my neurosis, not his. I’m the one who actually loses sleep worrying about my children’s well-being, whereas he can snooze through the scariest of scenarios (think new driver in an ice storm, party at a parolee’s house, daughter on a first date). And so, there I am, eyes propped open with toothpicks, pretending to be absorbed in archived episodes of The Biggest Loser when my son comes barreling through the door.
“You don’t have to wait up for me, you know,” he says (no slurring).
“I wasn’t. I was just watching TV,” I say. “I didn’t realize it was this late.”
“It’s not late, Mom.”
I look at the clock and hold my tongue.
“So, where were you?”
“Madison’s. I told you that.”
“Oh, I forgot. What did you do?”
“Nothing.”
“Nothing?”
“Who was there?”
“I don’t know. People.”
“You don’t know?”
He gives me a blank stare and heads for the stairs (no staggering).
“It’s not like I’m out drinking or anything,” he says, reeling around to face me. “First of all, I was driving. Plus I’m an athlete, remember?”
Oh, and so was I, I think, but keep my mouth shut.
He rolls his eyes and goes to his room.
I get up, close the door that was left wide open, turn out the lights, let the dog out and go to bed. Then I toss and turn for an hour, questioning my parenting skills. Do I really need to wait up for my 17 year-old son who eight months from now will be off at college doing whatever he wants whenever he wants? But then again, I waited up for his brother and sister before him so doesn’t he deserve the same amount of hovering? If I go to bed, am I just being selfish? Or is my diligence what will keep him on the straight and narrow?
I decided it was time to find out.
Last weekend my spouse was off running a half-marathon in Phoenix with his college buddies so I figured it was as good a time as any.  Without any fanfare, I texted my son at 11 pm.
Going to bed. I let the dog out. Shut the doors. Turn out the lights and check in. Good night.
OK. Came a near immediate response.
I let the dog out, made sure the kitchen light was on in case he came in the side door, made sure the porch light was on in case he came in the front door, made sure the deck light was on in case he stumbled in the back door, made sure his bedroom light was on in case he needed guidance up the stairs, took a Tylenol PM, left my bedroom door ajar, read The Goldfinch for half-an-hour on my Kindle and conked out.
It was one of the few times in my life that I slept through the night.
When I woke up, my bedroom door was still open and my heart sank.  I got up, breathing a sigh of relief when I saw that my son’s door was indeed closed.  Hmm. He’s home, but he didn’t check in. I ventured downstairs and sure enough, I caught him.
The porch light was on. The deck light was on. The kitchen light was on. And so was the living room light that I had turned off. The front door was not only unlocked, but wide open. I mean wide open. We do have a storm door which was closed, but may I repeat, the front door was wide open.  It was 20 degrees out last weekend.
I turned out the lights, shut the door and sat at the kitchen table to stew.
When my son emerged six or seven hours later, I gave him the stink eye.
“What?” he asked as he reached for a banana.
“What was the last thing I texted you?”
He shrugged.
“To close the doors, turn out the lights and to check in.”
“I did.”
“This house was lit up like a Christmas tree and the front door was WIDE open.”
“Oh, please, Mom. You make such a big deal of everything. It’s a victimless crime.”
I rolled my eyes and thought, hey, he’s right. If this is the worst I have to deal with, I’m pretty darn lucky.