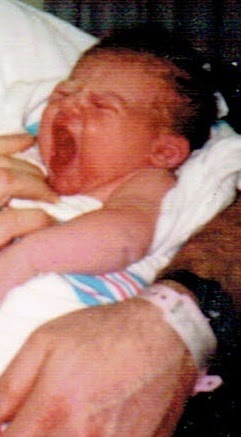 I didn’t mean to smirk at the woman battling her bellowing baby in Target the other day. I really didn’t. I could feel her blurry eyes boring into my back as I waltzed out of the store, unencumbered by anyone or anything but my own self. I wish I had stopped and told her what my smile meant.
My first baby was a screamer. She spent the first six weeks of her life screaming from 7 to 11 pm. I know it could have been worse, but it was bad enough. When I was about to return her, she abruptly switched gears. She stopped her nighttime nonsense and became strictly an in-public screamer. At home, Molly was now a joy. She slept twelve hours a night, took a morning snooze and a three-hour afternoon nap which coincided nicely with my soap operas. If I were a homebody, I would have been happy as a housewife. But, I was a mother on maternity leave and was determined to take advantage of the last few weeks of free time I would ever have.
In a futile attempt to be like the other mothers pushing Perego’s through high-end malls, I tried lunching with my stay-at-home girlfriends. Molly cried the whole way through my chopped Asian salad. I brought her to the hairdresser with me. They suggested I come back on Saturday. She accompanied me to the dentist. It was worse than the root canal. Who were these mothers, I wondered, who were blessed with sweet, smiling babies sitting silently beneath their feet as they were pampered with pedicures?
After devouring a multitude of baby psychology books, I learned the bottom line is: You get what you get. And so, I adapted.  I limited our outings to places where throwing a fit wouldn’t get us thrown out.
Like the grocery store.
One spring day, fresh from a nap, I loaded the girl into the stroller and we walked a half-mile to the local Acme. She was gurgling. I was smiling. The flowers were blooming. The sun was shining. All was good. I was a good mother.
My little darling was a little darling until we reached the very long and very slow express lane. She started wailing. And wailing. And wailing.
“Before picking up a crying baby, try soothing and shushing.”
I stuck the pacifier in her mouth. I shook her sterling-silver Tiffany rattle (a gift). I rocked the carriage. I cooed. I cursed (silently, of course, for those were the early days). Finally we were next. I put the milk on the conveyer belt. The wail got louder. I grabbed a Hershey bar and took a bite. My insides were shaking, my eardrums throbbing. I grimaced as I witnessed pompously-raised eyebrows and shaking heads. I saw no sympathy. Just disapproval. So, I did what any mother saddled with a screamer would do. I picked my baby up.
“I see a spoiled baby!” a wrinkled old witch crooned. I glared at her and stormed out, groceries in the stroller, baby hanging like a screaming sack of potatoes under my arm.

Two years later, the next one came along. Max was perfectly content in his bouncy chair. All he needed was a pat on the head every hour, a feeding every four. He was simple and silent and would never be spoiled. Three college friends and their brood came to visit for a weekend. Determined to prove that I could now mother as efficiently as I could once shoot whiskey, I planned an elaborate dinner, complete with appetizers and kids’ meals. Halfway through slicing and dicing, Max cried from the corner. Hearing the sound of a sleepy baby, not a wet, angry or hungry one, I kept cooking, despite the judgmental jabs from the college girls.
“Just pat him on the head,” I called from the kitchen. “He’ll fall asleep in five minutes.”
“But he’s crying!” they whined in unison.
“He’s tired!” I barked.
“I’ll hold him,” one snapped.
“Leave him alone!” I roared.
She grabbed him. And held him defiantly. All through the meal, while he slept like a baby. 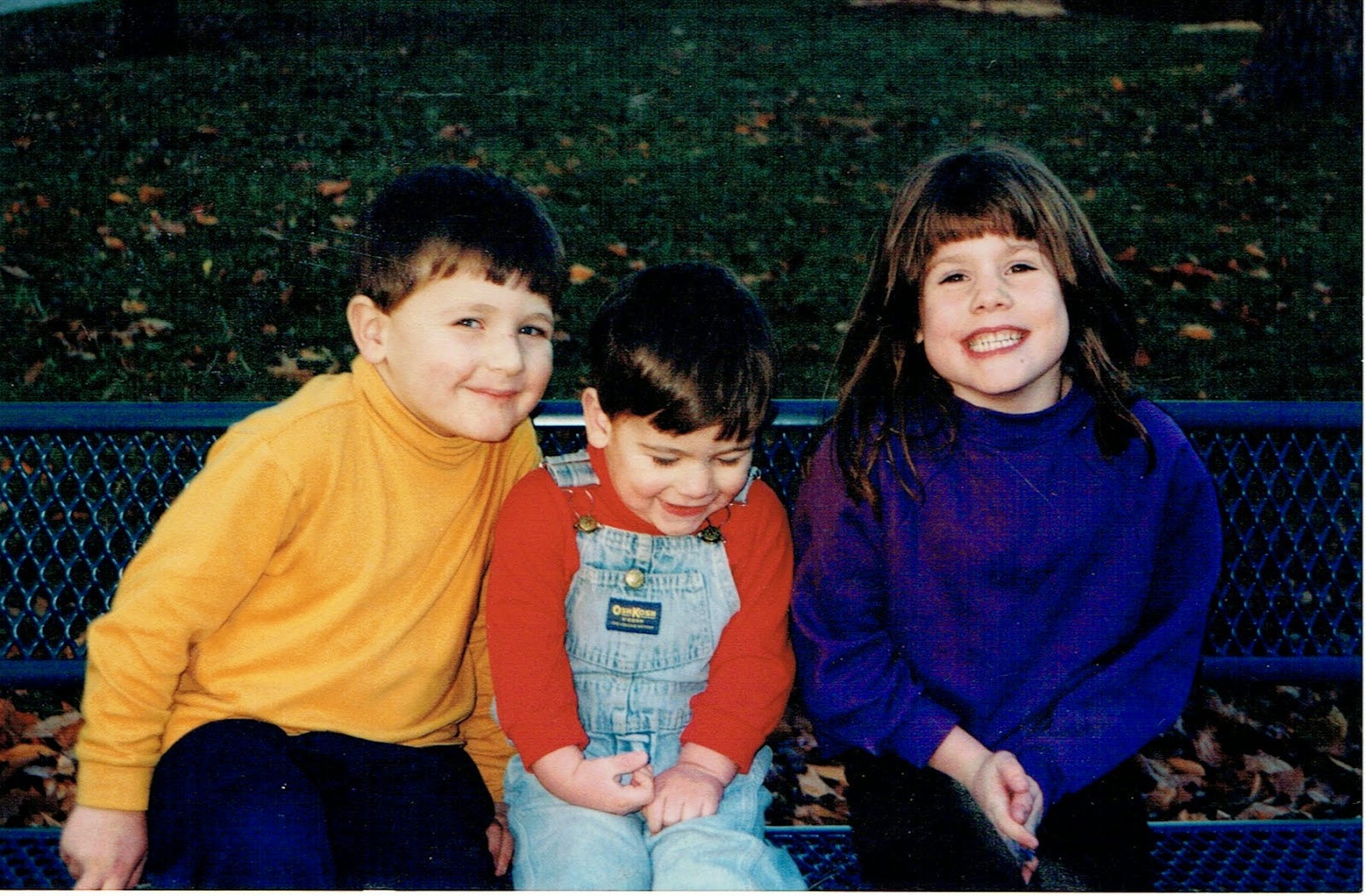 Fast forward another two years. Overflowing with small blessings, I now had a two, four and six year-old. I snuck off to Walmart one Saturday with the youngest and easiest, leaving the others home to entertain their father. Loveable Leo was sitting in the cart, happy as could be, delivering a running commentary on everything we passed. Smiling shoppers pinched his pudgy cheeks and played peek-a-boo with my adorably congenial little tot. He was a good kid. I was a great mom.
But once we hit the very long and leisurely check-out line, he started. He wanted out. I held him down. He hollered. I held harder. He contorted. I convulsed. He twisted. I pinched. He squealed. I squeezed. He claimed very loudly and clearly that I was HURTING him. Spectators’ eyes widened and lips pursed. I grabbed a Hershey bar and took a bite. And did what any mother saddled with a tantrumming toddler would do. I kept him captive.
“Aha!” said a woman shaking a liver-spotted finger. “He must be the youngest. They’re always the spoiled ones.”
The bottom line is, when it comes to raising children, you get what you get. You spare them, you spoil them, you do the best you can. And there’s always going to be someone on the sidelines shaking their head. But, keep in mind, that shaking-head someone might just be a mom like me. Someone who feels your pain, but also knows that one day you, too, will make it through to the other side. 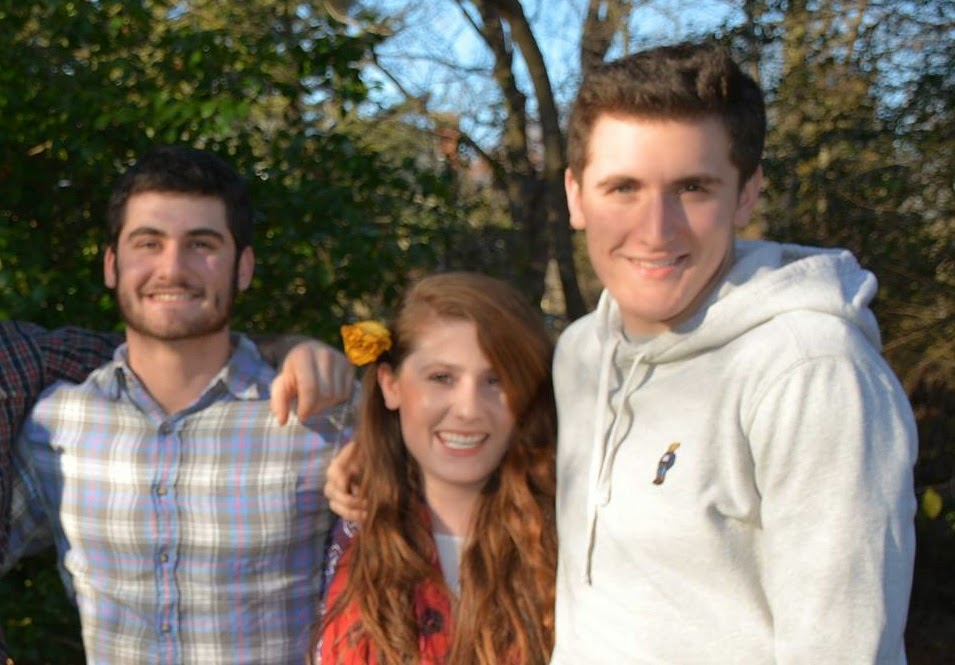