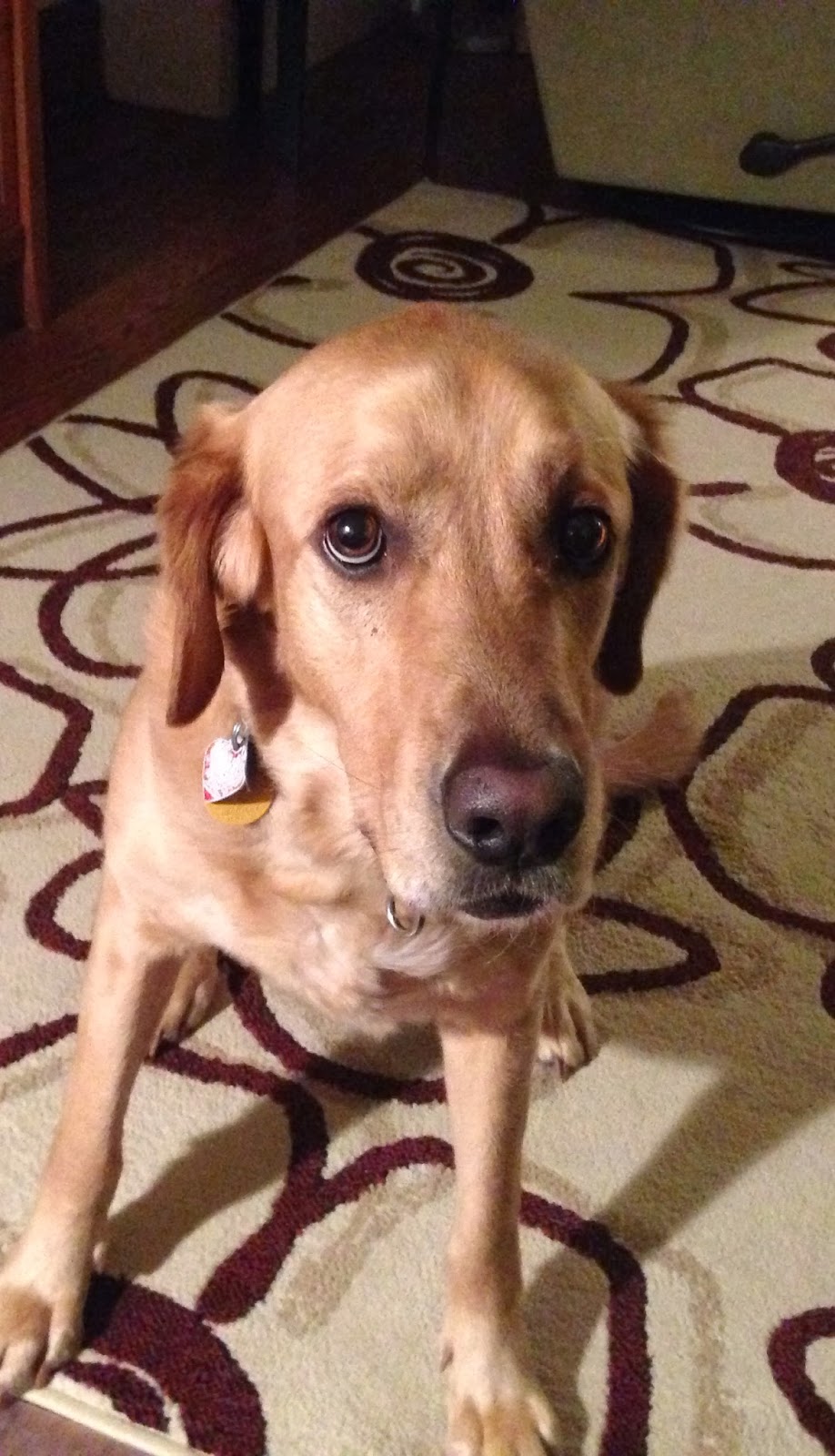 My ever-loving spouse came home late one night and announced that he had found a new playmate for Griffey, our high-spirited hound.
“I didn’t know Griffey was looking for a playmate,” I say, pulling the charred chicken from the oven.
“My friend at work has a kitten…” he begins.
“Leo got into the business school at Rutgers today,” I respond.
“It’s spayed and has all of its shots.”
“You do understand that in a matter of months, we will have no more children living at home?”
“It’s a rescue kitten.”
“It’s a cat. With claws. It will tear our furniture apart.”
“Cats don’t claw furniture.”
I hand him his dinner.
“Besides, Griffey needs a friend,” he continues.
“Griffey needs a lot of things, but he doesn’t need another friend.”
“Remember how much Chester loved Binky?”
Binky was our first cat and Chester was our first mistake. Binky was a great cat. We adopted her from some shelter somewhere so the kids could have a pet. She slept on Max’s bed, never scratched a thing (until we brought home the new red leather couch), and the biggest commotion she ever caused was when we found her stiff as a board in the basement. But, the kids got old (by old I mean 10, 8 and 6) and started a massive marketing campaign to get a dog. A cat, after all, wasn’t a real pet. 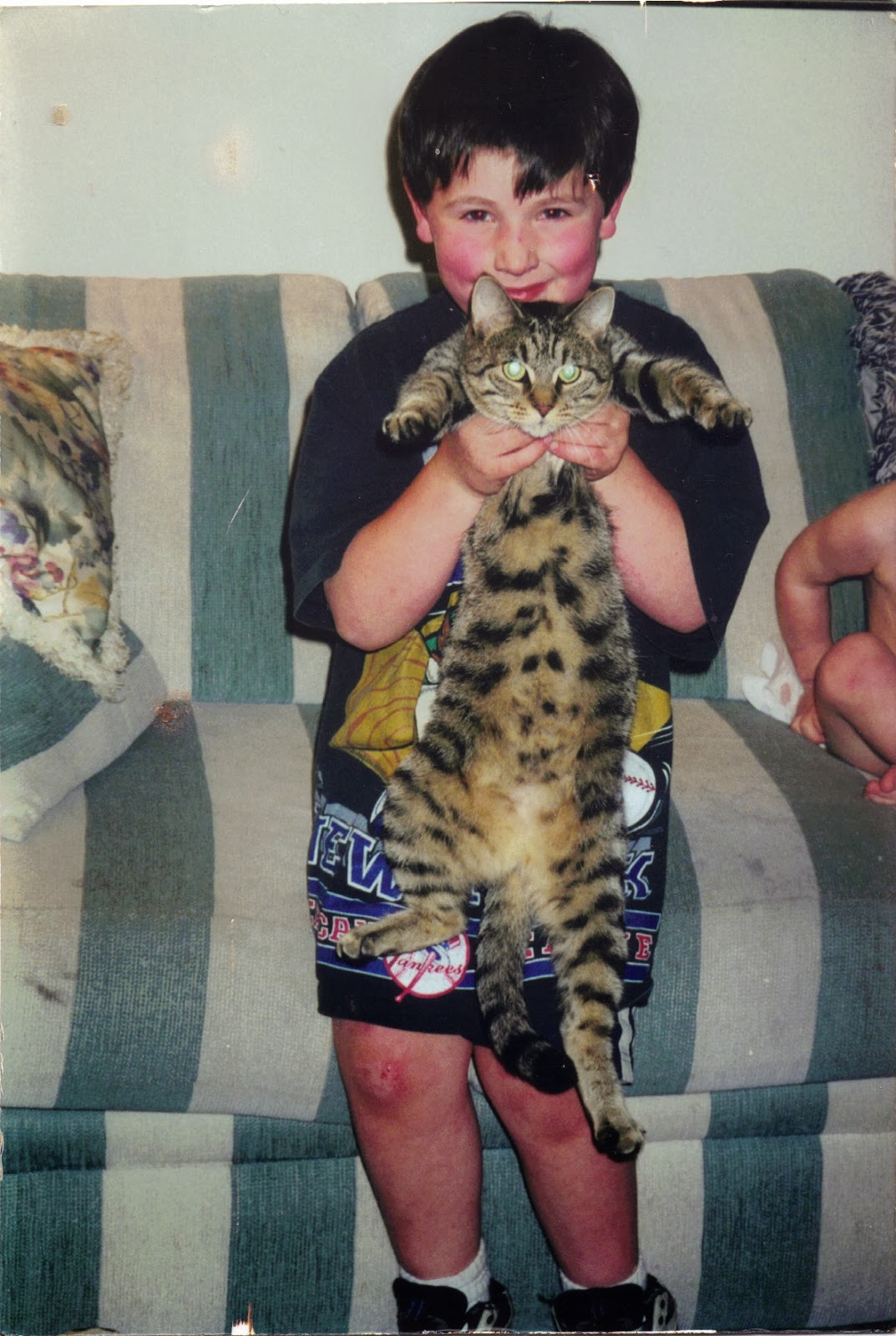 Having grown up with dogs, I sided with the kids, feeling that something was missing from our menagerie. My spouse, however, equated canines with evil animals that chased innocent boys on bicycles as they delivered the Baltimore Sun.
But, being the wise man that he is, he gave in.
And, so we adopted Chester. Chester was a two year-old black lab / chow mix who came into our house and immediately chewed up Molly’s prized American Girl doll. She never spoke to him again.
Chester accompanied my spouse and the kids to the bus stop in the mornings. He (Chester, not my spouse) would bare his teeth in greeting. He was only smiling. But children and adults alike would scream and scamper, putting an end to the bus stop ritual rather quickly.
Chester was unpredictable. He hated garbage collectors, mail carriers and other random human beings. People were constantly in and out of our house. I didn’t trust him. I wanted to get rid of him.
Instead, we hired a dog trainer who assured me there was nothing wrong with the dog. It was me. When Carol the Dog Trainer was done with him he was the best-behaved dog in the world. I could dangle a hunk of beef from the kitchen counter and he’d sit and salivate, but never, ever give in to temptation.
When he died ten long years later, I was mildly sad. But, still swore I’d never get another dog.
Two short months later, the ever-loving spouse who so rarely asks for anything, mentioned how much he missed having a dog to walk in the woods.
So quickly we forget.
I immediately started looking online for adoptable dogs. I came upon an adorable young-adult, “medium-energy,” yellow lab mix who was inexplicitly referred to as both Dash and Goofy. We brought him home and changed his name to Griffey, after Leo’s all-time favorite baseball player. He is friendly and funny. He spins in circles when his leash comes out. He eats the fried chicken off of the stove. He craves love, thinking a simple pat on the head is an invitation for all 75 pounds of him to climb, paw-by-paw onto your lap. The kids love him. My spouse loves him. Everyone who comes in the house loves him. I tolerate him.
“Do you think Syntax will sleep with Griffey?” my spouse wonders.
“Syntax. I don’t even know what syntax is.”
“You’re a writer. It’s a perfect name. Plus, it’s got that double entendre. Syntax. Sin Tax.”
“I don’t want any more animals. All that hair…”
“You loved Binky.”
I couldn’t deny it. But somewhere between then and now, I had reached my animal-loving capacity.
“Why would I want another dependent mammal just when they’re all finally leaving?” I blubber. “Besides, I would never, ever get a kitten. And I would NEVER name it Syntax.”
“How about Winston?”
“How about Erma?”
“Erma?”
“Winston Churchill may be your hero, but Erma Bombeck is mine. But, we’re NOT getting a cat!”
The next day my spouse e-mailed me a picture of the kitten, and somewhere in that hard heart of mine, I felt the tiniest of tugs.
But, I must be strong. For just as kids grow into teenagers, kittens grow into cats. The only difference is, cats can’t go to college.